Samoa had much of the early pressure and Francis Ieremia eventually went over out wide for a score converted by Tila Mealoi after three minutes, 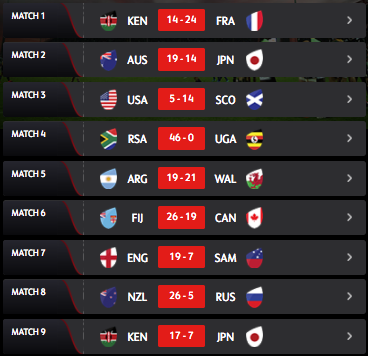 But England grew into the game and after captain Tom Mitchell switched play, Bibby broke out from deep in his half and found supporting speedster Norton, who raced away for his 211th World Rugby Sevens Series try, converted by Mitchell.

Norton then turned provider after the half-time, cutting inside and finding Bibby on a short line to give England a 14-7 lead at the break. Bibby then completed his double in the second period from a short lineout following a Norton break.