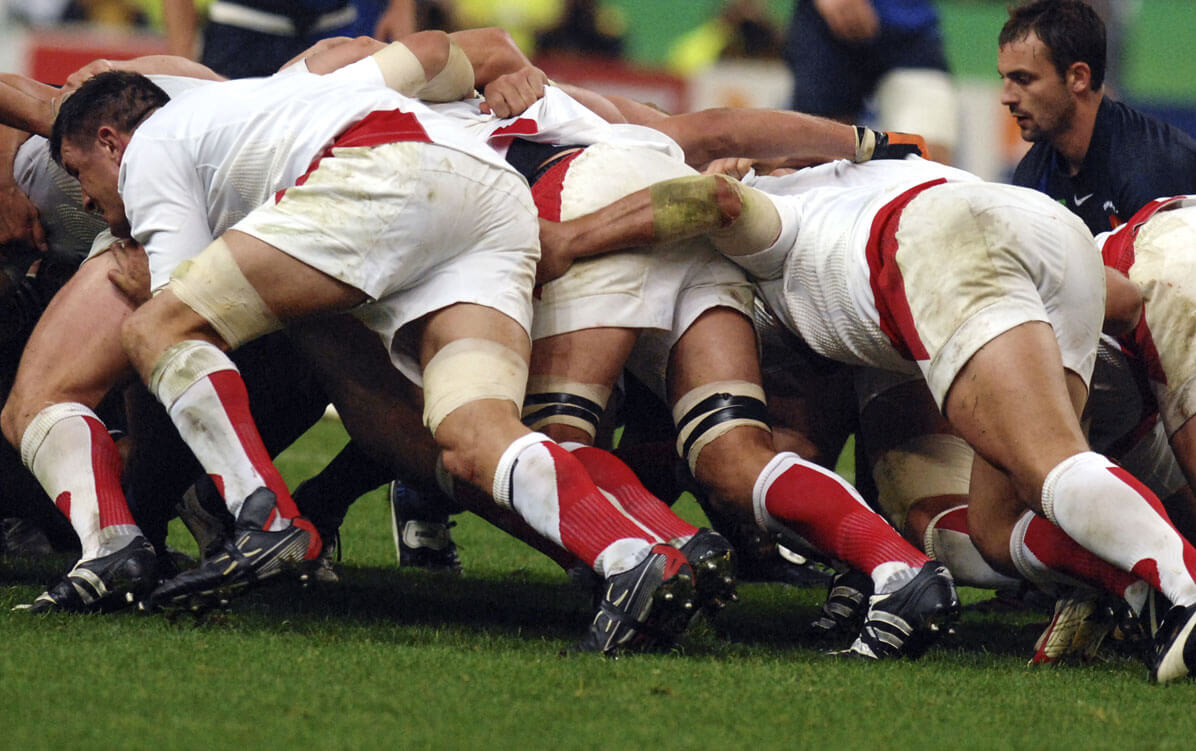 England goes head-to-head with France at Twickenham on Saturday night in the first of two QBE internationals as Stuart Lancaster attempts to work out his final 31-man squad for next month’s World Cup.

Head coach Lancaster revealed earlier in the week that this weekend’s clash, which is the 100th Test match between the two, is somewhat a last opportunity to influence his choice for a number of players in the squad.

Sam Burgess will make his much-publicized debut at centre rather than flanker, which is where he has played the majority of his rugby with Bath since his code switch last year.

Lancaster will also give debuts to exciting prospect Henry Slade, 22, and flanker Calum Clark, 26, as he continues to experiment, resting some first team regulars including Captain Chris Robshaw.

Tom Wood, who was appointed as Vice Captain this week, therefore, skippers the side, while Ben Morgan makes his return from injury at number eight.

France will be looking to bounce back after their upsetting 55-35 loss to England back in March. Head coach Phillipe Saint-Andre has promised all of his players game time over the two fixtures but has continued to delay the announcement of naming his team.

Although fly-half Trinh Duke, who plays his club rugby for Montpellier, has bounced back to fitness after suffering a broken leg last year and could win his 50th Les Bleus Cap this weekend.

Saturday’s will also be the first international match to use Hawkeye technology. The technology will improve the speed and accuracy of decision-making by television match officials and enhance player welfare by giving the independent doctor the ability to replay incidents quickly.

The return match takes place on 22 August at the Stade de France in Paris.

The pair then gets their World Cup campaigns underway next month with England kicking off their tournament in the competition opener against Fiji on Friday, September 18th before France get their tournament rolling against Italy the next day.

Not much to go on really in terms of making a forecast with the number of debutants being given a chance to prove their worth. However, at the home of English rugby, Twickenham, we have to back the hosts as it always gives them the slight edge.