Six Nations officials will review events in the closing stages of Wales’ 20-18 loss to France, including an alleged bite on wing George North.

Wales coach Rob Howley was left to “question the integrity of our game” after France replaced Uini Atonio with Rabah Slimani during the 20 minutes of added time that were played.

North, meanwhile, said he was bitten in the build-up to France’s final try.

Here’s an image of the ‘alleged’ bite, what do you think? 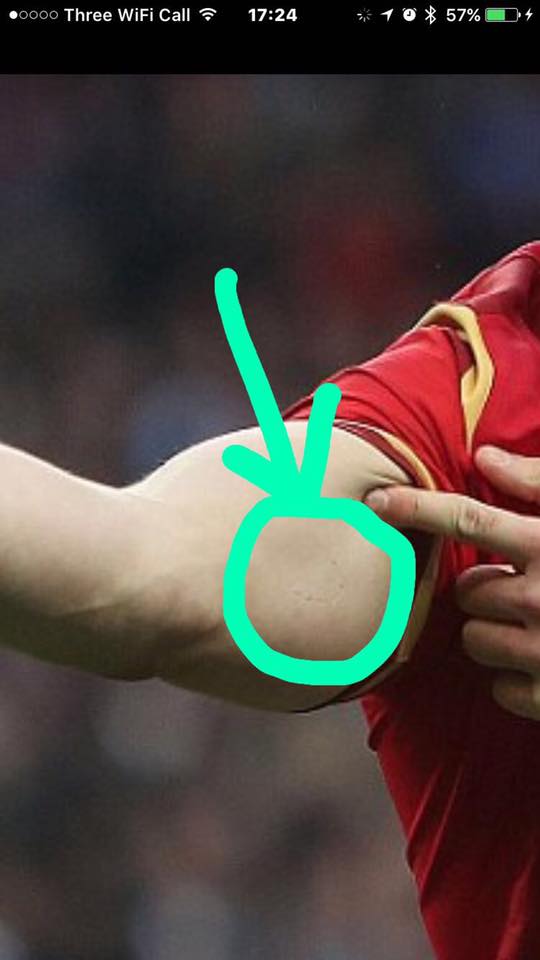