Scotland have been rewarded for a highly successful Autumn international campaign with a move up the World Rugby Rankings.

Gregor Townsend has built on the significant progress made by former coach Vern Cotter with victories over Australia and Samoa, and his side were within a whisker of beating the All Blacks – something that has been reflected in the rankings that will be announced by World Rugby this afternoon.

Scotland’s record victory over Australia, coupled with Wales’ win over South Africa yesterday, has seen the men in blue leapfrog the Springboks into fifth in the world rankings. 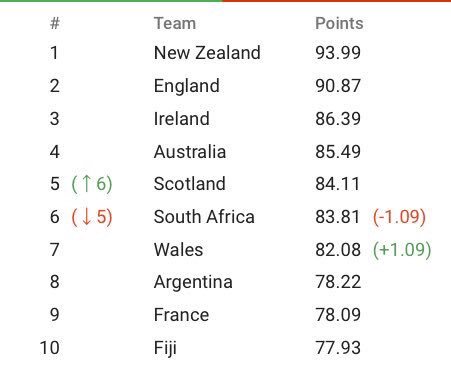