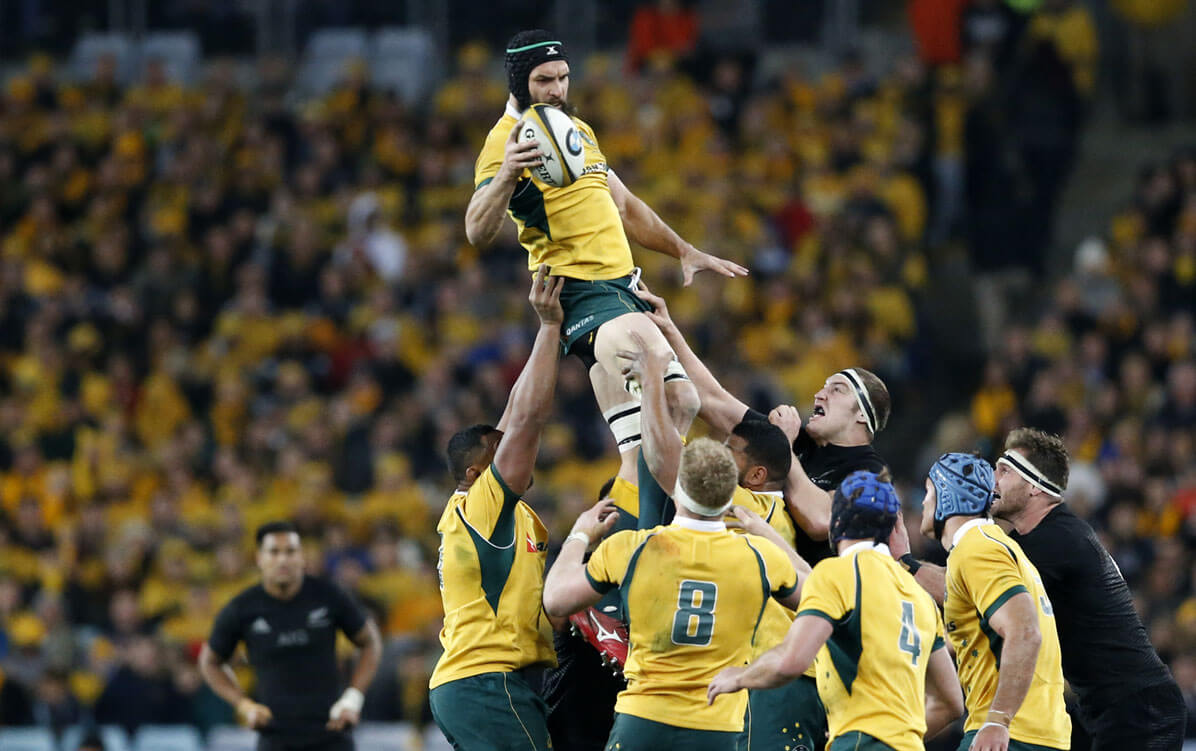 Aussie lock Rob Simmons insists the wrist injury he sustained during Saturday’s victory in Mendoza should not hamper his preparation for the crunch match with the All Blacks.

Simmons was injured in the early minutes of the win against the Pumas, and his wrist was heavily bandaged when he was boarding the flight back to Australia.

But the 26-year old is confident he will be available for selection when the Wallabies host the All Blacks in The Rugby Championship decider in Sydney on August 8th.

Simmons was assessed by Wallabies doctor Mike Cadogan, and holding up his wrist cast at Santiago airport, he said: “He (Cadogan) said we’ll put it in this position to take the pressure off the tendons and will go and get a scan when I get home, see if there’s any damage.

“But with the strength of it all, there will be no missing training or anything like that. It’s just a matter of how to strap it.

“I don’t really know (how the injury occurred). I just went ball carrying and came out of the ruck with a really sore wrist.

“I strapped it up at half-time and finished the game. It’s just a little bit sore.”

And now the towering second-rower already has his sights set on the All Blacks at ANZ Stadium in Sydney, which gives the Wallabies a golden opportunity to win The Rugby Championship for the first time since 2011.

“It sets up the rest of the year. We haven’t been in this position since 2011. We’re looking forward to it.

“I’m comfortable and really clear on what I need to do to get into the team, that always helps. It doesn’t make the job easy, but you’ve got something to work towards instead of the unknown.”

Head coach Michael Cheika will be pleased with the news that his line-out general Simmons should be available but will be sat anxiously on the fate of Michael Hooper, who must find his way around a SANZAR judiciary hearing on Wednesday to see if he can suit up.

Cheika will name an enlarged squad on Thursday a he looks to include a number of fresh faces, while there could be further additions over the weekend if lock Kane Douglas signs with the Queensland Reds.