Ahead of the Lions’ game against the Wellington Hurricanes, which ended with the same drawn outcome as the final Test, Gatland was depicted on the front of one newspaper as a clown.

So after his side secured a famous series draw against the All Blacks he decided to mock some of the New Zealand media who ferociously criticised him during the tour. 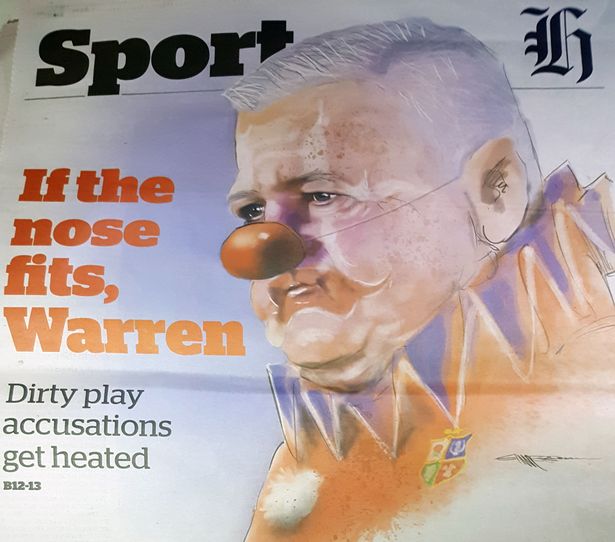 Gatland said: “It was my idea. I actually had it last week, but I didn’t think it was the right time.

“Drawing the series is a fantastic achievement after the way we were written off. These players have shown unbelievable character.

“New Zealand’s hospitality has been fantastic and there’s been nothing but good will from people. The atmosphere tonight makes it so unique.

“We realised we had to build a few bridges from 2005 and I feel we have done that. It has been a great series.”

LIST: Introducing the 5 rugby brothers you didn’t know about…