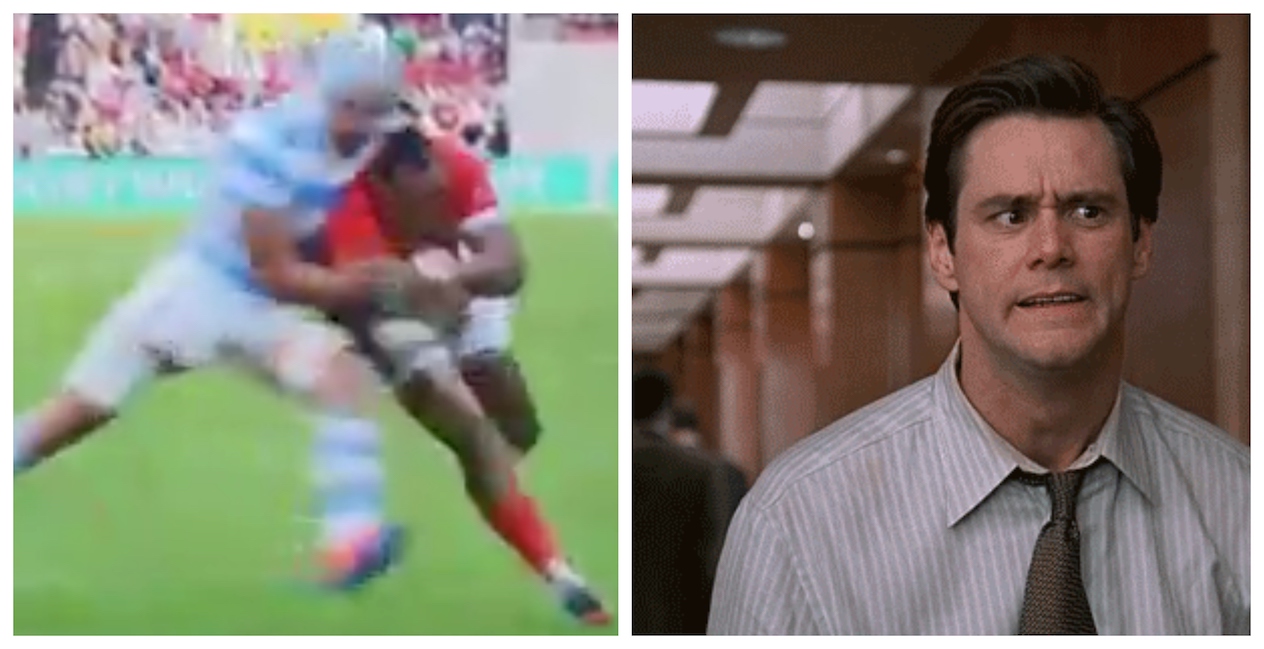 Argentina claimed their first win of their World Cup Pool C campaign with a bonus-point victory over Tonga.

But a controversial moment came just before the break.

David Halafiona almost scored Tonga’s second, but was shoulder-barged into touch by Tomas Lavanini before he grounded the ball. The refereeing team somehow decided the offence wasn’t even worth a penalty.

Not a shoulder barge.

Not a yellow card.

Not a penalty try.