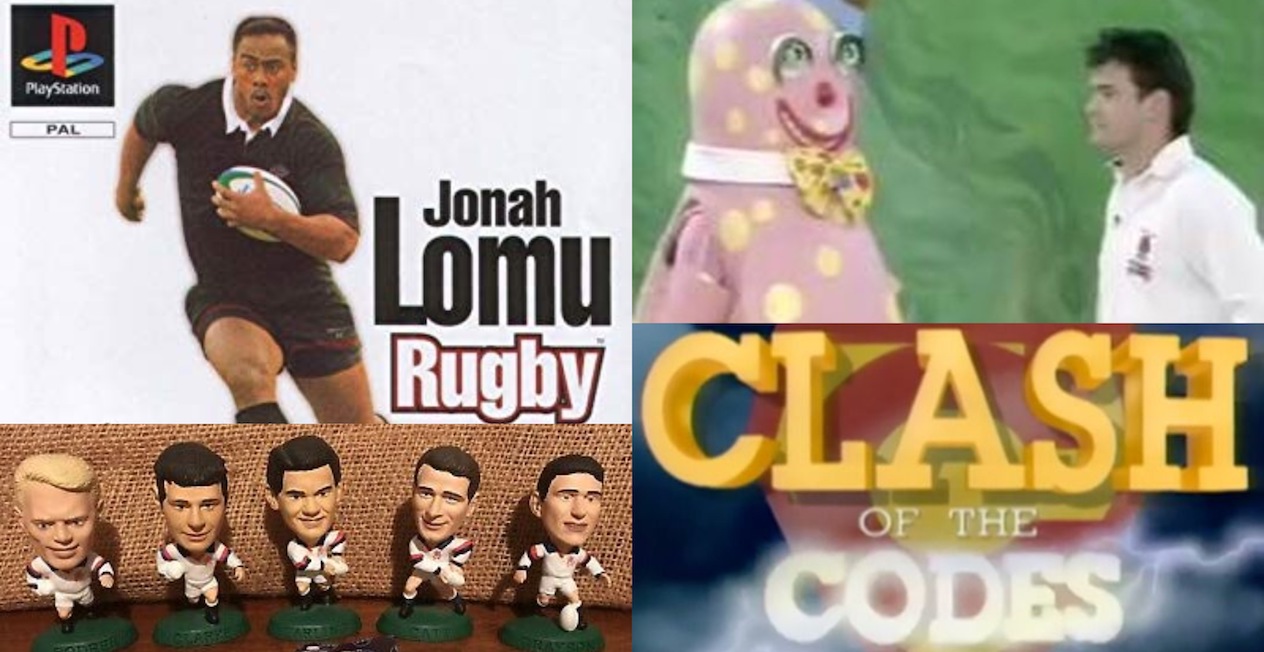 20 things we miss about rugby in the 90s

From Jonah Lomu advertising Pizza to Will Carling teaching Mr Blobby, RUCK recalls some of the players, teams, tries, matches, merchandise, moments and mayhem that made rugby in the ’90s so great…

We miss them. But they left for the same reason international players stopped having a glass of champagne and a cigarette at half time. Professionalism.

Before the days of professionalism, rugby stars had days jobs just like you and me. Some of our favourites include lorry driver/Scotland scrum-half Gary Armstrong, RAF pilot/England flier Rory Underwood and Piano Mover/Samoa prop Peter Fatialofa.

5. CLASH OF THE CODES

Clash of the Codes was a special two match inter-code series between rugby union side Bath and rugby league side Wigan, played in May 1996.

They have near enough always been the best team in the world. They’ve never slipped below third in the world rankings and have spent more time in the top spot than the rest of the world combined.

Despite that, you could always rely on the Kiwis to choke in major tournaments and give the rest of us a fair chance. Now they’ve won back-to-back World Cups and are the bookies favourite to make it a hat-trick.

Arguably the greatest rugby player of all time. This machine has terrorised World Rugby throughout his decade reign, particularly throughout the 1990s.