Some moments in England v Wales historic rivalry will be remembered forever.

Some photos have become as much a part of this rivalry’s history as the players and achievements that they often portray.

1) Determined to put to bed the idea they were soft, England’s players decided to take the Five Nations fight to Wales in a very literal sense in 1987 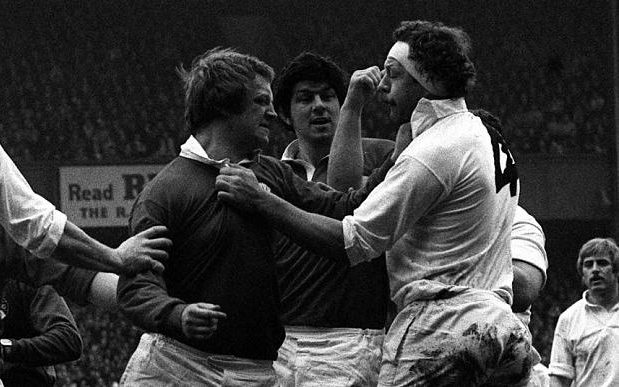 6) Despite Wales’ eventual loss, Stephen Jones’ try in the quarter-finals against England is reputed as one of the best team tries in World Cup history.

7) Scott Gibbs’ sensational Wembley score to defeat England 32-31 in 1999. The try was voted as the best of all-time in Wales Online’s readers’ poll

9) The reason we all love rugby (friendship and comradery)

10) Mike Brown throwing his toys out the pram for once