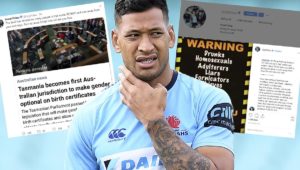 Sometimes you must be careful what you say on the Internet, otherwise, it may come back to haunt you.

In October 2018, the back-rower was suspended for six weeks and as a result was unavailable for three of England’s four upcoming autumn internationals.

The then Wasps forward was initially banned for four weeks, reduced from six because of mitigating factors such as good conduct and a guilty plea.

But Hughes tweeted “what a joke” upon leaving the hearing, forcing the panel to reconvene the next day.

It decided Hughes did not merit a reduction so the full ban was restored.

Ollie Thorley red card: Winger is the latest Premiership star to be sent off

Jack Willis blasts awful tackle and is ‘gutted’ after surgery

5 Players Who Have Unexpectedly Put Themselves Into Lions Contention