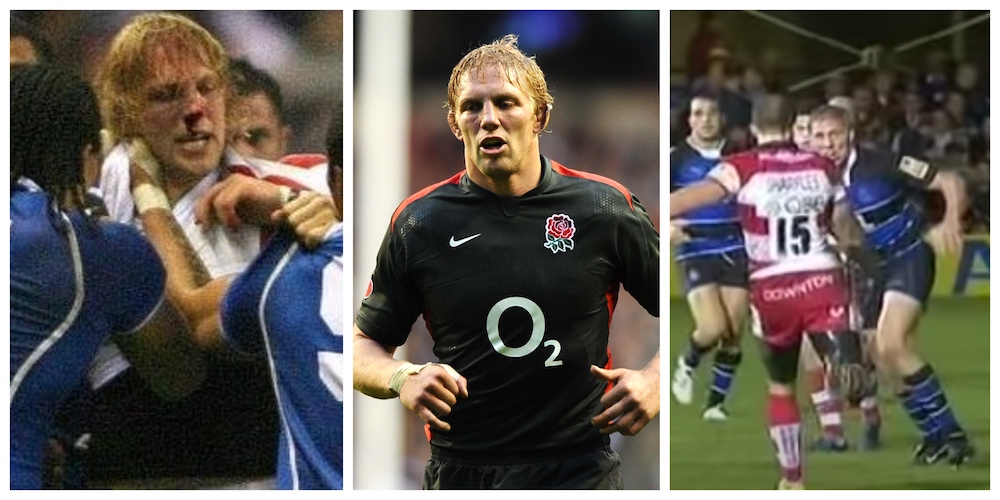 Former England captain Lewis Moody was known as ‘Mad Dog’, such was his fearless commitment to club and country.

But most of all he could take with him the acclaim of his peers for the commitment, courage and never-say-die spirit which coursed through him when playing for Leicester or Bath, England or the Lions.

The insane fight between Alesana Tuliagi and Moody broke out after a mid-air tackle by Tuilagi on Mark Cueto. The ballsy England back-rower didn’t back down from the HUGE Samoan.

As a result, Moody became the first England player to be sent off at Twickenham, and only the fourth to be dismissed in international rugby.

Moody was later suspended for nine weeks at a disciplinary hearing, while Tuilagi received six weeks for his part in the incident.