Richard Hibbard’s former Welsh front-row teammate Adam Jones has issued has issued a hilarious response to the hooker’s punch to the stomach.

The hooker took a punch from Jone Qovu Nailiko, who has now been banned for, during Gloucester’s European Challenge Cup semi-final victory against La Rochelle.

However, it was the notoriously funny Wales prop that had the last laugh by suggesting why the hooker is looking is such slim shape. 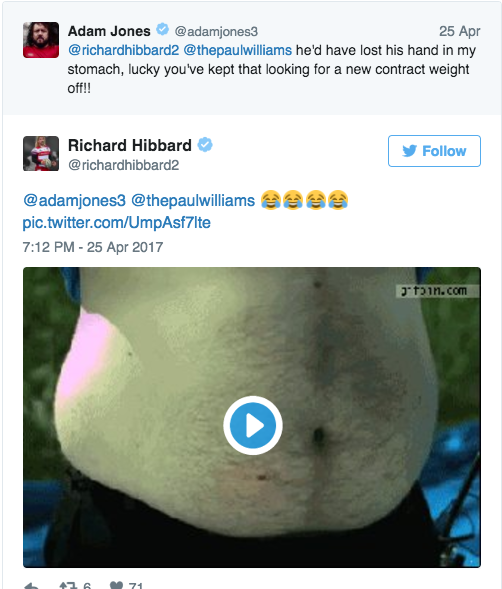