Everybody was shocked when All Black back-rower Steve Luatua agreed to join Bristol and now it seems a second New Zealand star could be on his way to the Championship club.

Despite insisting last month that he’s still chasing an All Black jersey, Tevita Li may be on his way to England after his activity on Facebook yesterday. 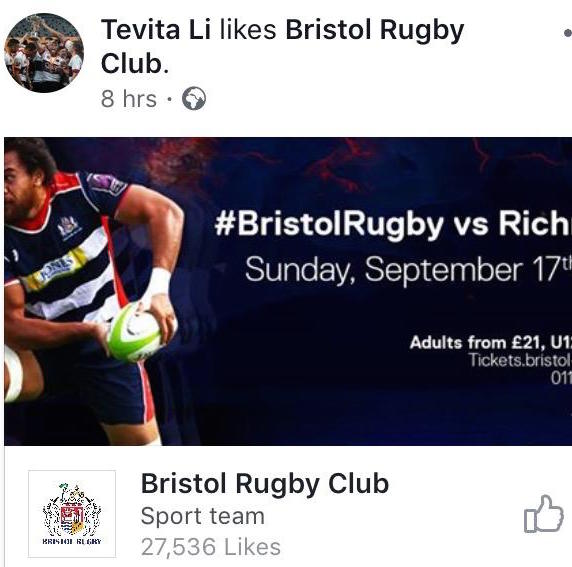 The Championship club is the only club side he follows apart from his current employers the Highlanders as well as the All Blacks.

Pat Lam has had an eye on a number of Kiwi transfer targets and the 22-year-old’s latest social media activity suggests just that he’s edging closer to one here.

Li is a versatile back with unlimited potential but is still hunting for consistency.

He’d be another coup signing, following in the footsteps of Luatua and Ian Madigan.

Fans Have Ranked All 13 Premiership Stadiums from Worst to Best