Experienced campaigners Brad Barritt and Tom Wood – both starters at the World Cup are also left out as anticipated.

We have a surprise at scrum-half with just two selected – Ben Youngs and Danny Care – while in-form Wasps No 9 Joe Simpson misses out while Richard Wigglesworth is also omitted. 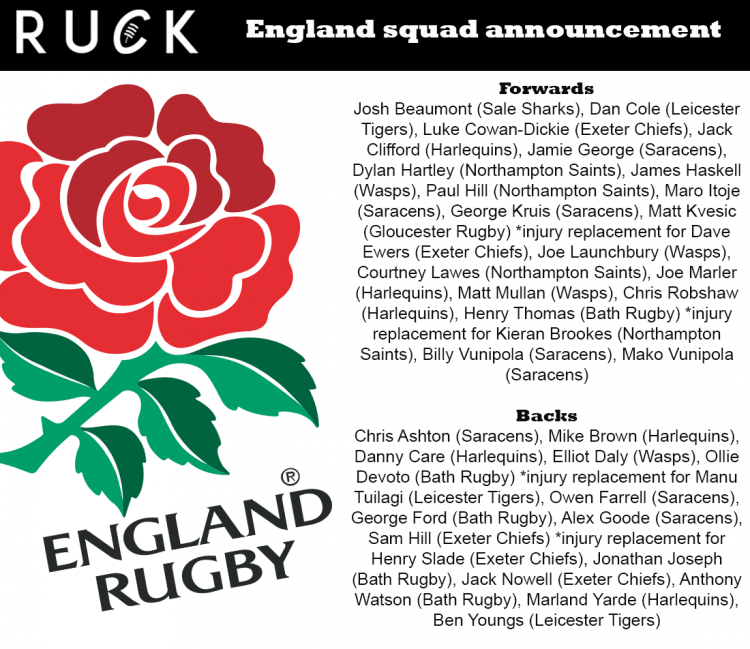 Jones says he has “chosen a lot of new players on the growth we see in them”.

He added: “The long-term strategy for England is to develop a side who can be the most dominant team in world rugby.

“We see these players growing into England players of the future and developing into a team who can be the best in the world. Our aim is to develop a squad where there are depth and competition in every position.”

A lengthening injury list meant Jones was unable to pick Exeter centre Henry Slade and back row Dave Ewers, Bath lock Dave Attwood, Leicester lock Ed Slater, Northampton props Kieran Brookes and Alex Corbisiero, and Gloucester wing Jonny May, for some, or all, of the tournament.

England, hoping to bounce back after a disappointing World Cup, start their Six Nations campaign away at Scotland on Saturday, 6 February.