Eddie Jones was the first to criticise Warren Gatland for calling up four Welshman, stating it’s only a 13-hour trip from Argentina, where England are, to New Zealand. Gatland has since fired back.

Wales’ Cory Hill, Kristian Dacey, Gareth Davies and Tomas Francis joined the squad rather than look at calling up the likes of Joe Launchbury, Simon Zebo or even Cian Healy.

The latest person to have a little joke at the Lions head coach’s expense is Brian O’Driscoll, suggesting that Andy Nicol, who is now 46, could be the next man called into the squad. 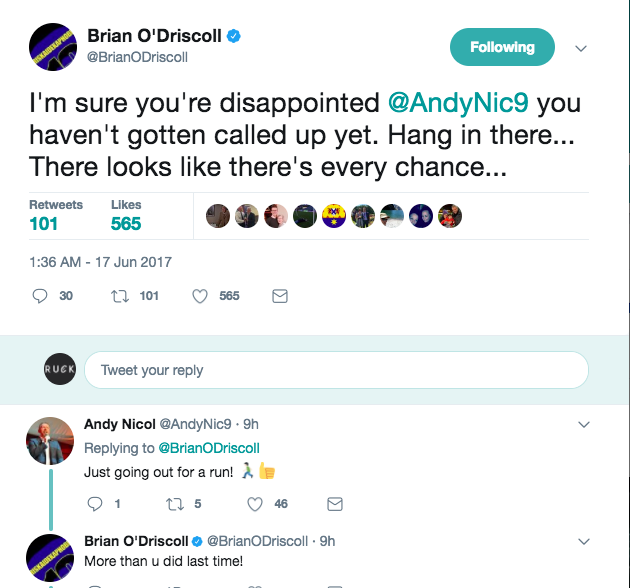 Wouldn’t matter if a player was on the moon, if the call came from @lionsofficial they would make it back and give anything asked! #shame

They’re doing fine mate. Still underdogs but that’s fine. The call-ups today have gone down badly as they’re simply not the next best lads.

Complete bollocks mate. Shouldn’t become a Lion based on locality. The most exclusive club in rugby needs to be just that https://t.co/VHGQCTacSP