Danny Cipriani has made his feelings clear on his England omission by retweeting fans disbelief at Eddie Jones’ decision.

Jones named his training squad for a two-day camp in Bristol at the beginning of next week ahead of the Autumn Internationals but the Gloucester fly-half was not named among the 36-man party. 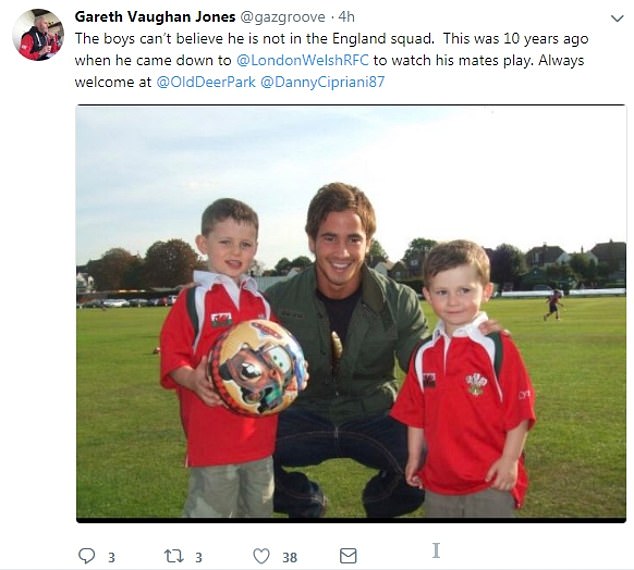 He originally retweeted a message from one user called Gareth Jones, who alongside a picture of Cipriani with his two sons said: ‘The boys can’t believe he is not in the England squad.’

Another purporting to be a Bath fan, Gloucester’s local rivals, wrote: ‘I watched Danny Cipriani at the Rec a fortnight ago when EJ says he was out of form.

‘If that’s true, much as I’m blue white and black to the core, I’d pay to stand in the shed to see him play when he’s on form.’