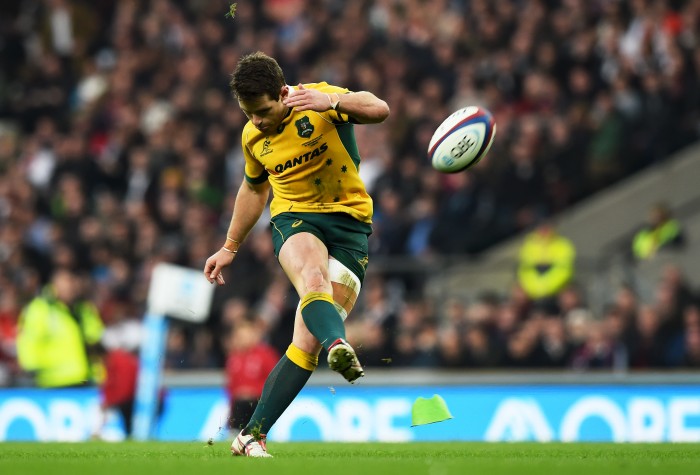 Bernard Foley put in a mesmerizing display for Australia; scoring two tries while kicking a further 18 points from the tee, as they dumped England out of the Rugby World Cup at Twickenham on Saturday evening.

Foley and Owen Farrell had traded penalties in the opening exchanges before the Wallabies fly-half ran in two phenomenal tries. He also converted both to give Australia a 17-3 lead at half time. England well and truly had a mountain to climb.

After the restart, Foley kicked another penalty before England finally opened their try-scoring through wing Anthony Watson with Farrell adding the extras, 10-20.

Farrell then kicked another penalty to bring England within a converted try, but the fly-half was soon after sin-binned for tackling a man off the ball. Foley then kicked a further two penalties before Matt Giteau finished off the rout with a try a minute from time.

And the Wallabies star man Foley added the extras with the last kick of the game to bring down the curtain on a fantastic night for Australian rugby while England players, coaches, and fans hung their heads in bitter disappointment

The loss means Stuart Lancaster’s men are the first primary hosts of a Rugby World Cup ever to be eliminated at a pool stage.

Match Action
First cries of “Swing Low” echoed from the crowd early on, but they were quickly silenced by Australia, who took the lead when Foley kicked a penalty from in front of the posts after seven minutes.

Farrell leveled things up five minutes later from the tee with a penalty of his own.

However, the Wallabies then opened the try scoring after 20 minutes through Foley. Will Genia got things moving with some quick recycling at the breakdown to set Foley loose and the outside-half glided through from 10m, evading Mike Brown’s attempted tackle to dive over. The fly-half then kicked the simple conversion, 3-10.

And Australia would extend their lead further when Foley raced in for his second try just after the half hour. This time the number 10 played an inside ball to Kurtley Beale, and the replacement returned the favour, releasing his fly-half to run through unchallenged.

Foley converted again to give the Wallabies a 14-point lead going into half-time, 3-17.

George Ford came on for Jonny May at half-time as Lancaster tried to shake things up, but Foley added another three points to edge Australia even further in front, 3-20.

But England eventually got the 82,000 fans in Twickenham on their feet when Watson dived over for the score after 55 minutes. And Farrell converted before slotting a penalty to reduce the deficit to one converted try.

But the England number 10 ended any chance of a comeback when he was sin-binned with ten minutes to go after the TMO adjudged there should be a penalty and a yellow card for his tackle off the ball.

Foley added two further penalties to put Australia well clear before Giteau finished off England with a minute to go. The centre thundered down the wing before diving over with a big smile on his face.

And Foley, who was magnificent throughout, added the extras with the last kick of the game to confirm Australia’s place in the final eight while also confirming England’s disappointing early exit.

Man of the match- Bernard Foley

On any other day, David Pocock or Michael Hooper would have been in with a shout of being the star man but not today as fly-half Foley ran the show from start to finish, scoring 28 of Australia’s 33 points. He didn’t put a foot wrong with his kicking and his carrying of the ball and finishing was simply world class. This incredible display will live long in the memory of all Wallabies supporters. 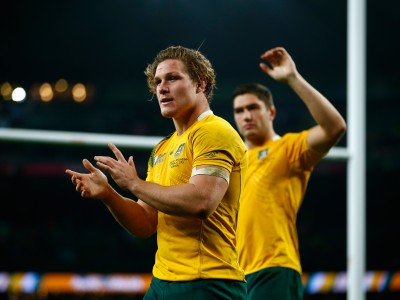 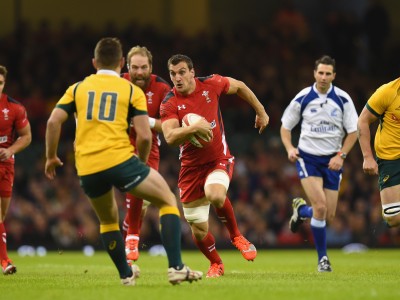