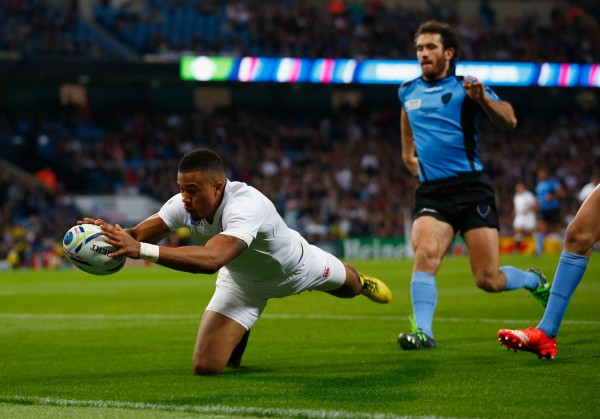 Stuart Lancaster’s England restored some national pride by securing a comprehensive bonus point victory against Uruguay but in truth it has done little to cement over the cracks of what has been a disastrous Rugby World Cup campaign for the hosts.

The investigation about what went exactly went wrong on and off the field can now officially begin. The first question to be answered is surely whether head coach Lancaster stays or goes, with the answer presumably the latter.

In truth, the pressure was off the men in white in Manchester as they ran riot, touching down ten tries. This performance was a start. Something for England to build on ahead of the Six Nations next year

Uruguay initially took the lead through a penalty from Felipe Berchesi, but overall the South Americans struggled to deal with England at the set-piece and breakdown in the first half. The hosts were in fact 21-3 up by the break thanks to a try from Anthony Watson as well as a double from veteran Nick Easter, who had begun the tournament as a touchline pundit. Owen Farrell added the other six points from the tee, 21-3.

Watson touched down his second try two minutes after the restart to secure the bonus point before Exeter Chiefs duo Henry Slade and Jack Nowell crossed the whitewash on their World Cup debuts. Easter then secured his hat-trick before Nowell grabbed a second and third to complete his own treble. The game then ended with England being awarded a penalty try.

Farrell added a further two points to take his total to eight on the night before George Ford took over kicking duties, but he only converted one of England’s last four tries, 60-3 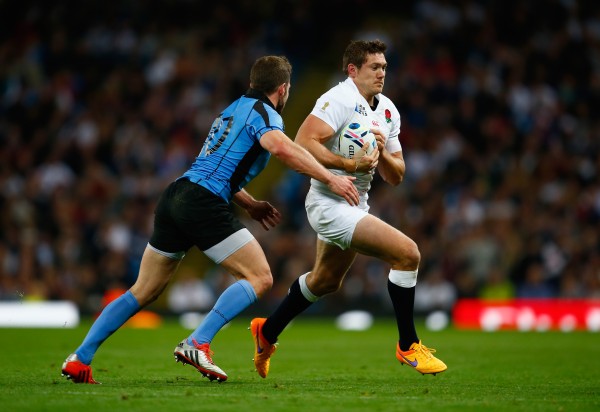 MANCHESTER, ENGLAND – OCTOBER 10: Alex Goode of England is tackled by Felipe Berchesi of Uruguay during the 2015 Rugby World Cup Pool A match between England and Uruguay at Manchester City Stadium on October 10, 2015 in Manchester, United Kingdom. (Photo by Laurence Griffiths/Getty Images)

England got off to a wretched start as Uruguay took the lead from the tee through fly-half Berchesi after just 90 seconds.

The hosts responded after seven minutes. England had dominated a scrum before the ball was played out wide to newcomer Nowell, who put a lovely kick through towards the 22. England speedster Watson, who outpaced a cluster of blue defenders, managed to win the race and touched down. Farrell made no mistake with the resulting conversion, 7-3.

Number eight Easter next crossed after 18 minutes, making him the second oldest player to cross the whitewash for England at a World Cup. The hosts leaped to win the lineout before handing the ball to the 37-year-old, who went through before forcing the ball down underneath a pile of blue bodies. Farrell again added the extras, 14-3.

Six minutes later Easter again touched down. This time, the experienced back-row was offloaded the ball by his Harlequins team-mate Danny Care before having the simple job of diving over for the score. Farrell converted again to make it 15 out of 15 for conversions at the competition.

Seconds before the break Uruguay lost their Captain Santiago Vilaseca, after referee Chris Pollock lost his patience, but England wouldn’t tighten their grip on the match any further before the interval, leading 21-3 at the break. 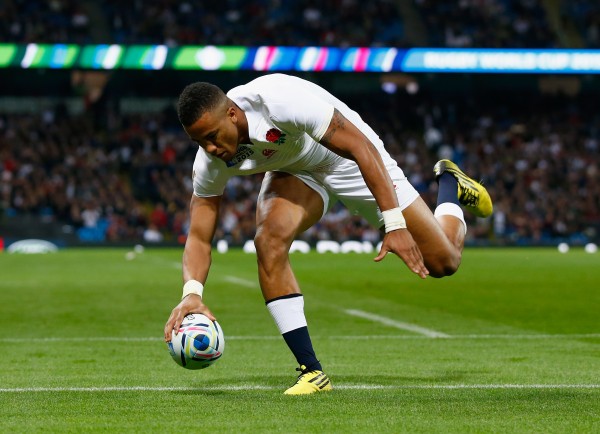 during the 2015 Rugby World Cup Pool A match between England and Uruguay at Manchester City Stadium on October 10, 2015 in Manchester, United Kingdom.

With the man advantage, England took no time to secure the bonus point as Watson crossed for his second two minutes after the restart. This time the hosts worked the ball from left to right with fullback Alex Goode playing the final pass to the winger, who was free to dive over. Farrell couldn’t add the extras, which was his first conversion miss of the tournament.

Slade then made an impression on his World Cup debut by touching down after 54 minutes. The highly-rated centre charged down Agustin’s Ormaechea’s kick before taking a touch Wayne Rooney would be proud of before touching down. Farrell though again couldn’t add the extras, 31-3.

Three minutes later Nowell also got a try on his World Cup bow. The wing was played in by an inch-perfect pass from scrum-half Care before diving over. Farrell recovered from his previous misses by adding the extras to this one.

Easter then completed his hat-trick on the hour. The big number 8 attached himself to the back of a rolling maul before launching himself over the whitewash. Ford took over kicking duties from the replaced Farrell but failed to convert, 43-3.

With Watson being replaced Nowell switched wings but it had the same result as he crashed over for his second after 70 minutes. Ford again struggled from the tee, shooting wide.

Four minutes later Nowell completed his treble. A smart offload from Jonathan Joseph put in Slade, who then drew the defender in before releasing his Chiefs teammate, who had the simple job of touching down. Ford again put his conversion well wide, 53-3.

England with seconds remaining were awarded a penalty try, which Ford this time converted to complete the comprehensive victory but it had little significance on the grand scale of things, 60-3.

For now the England players will return to their Premiership clubs to try and pick up their form ahead of the Six Nations in the Spring.

What comes next for both
Both teams were already out of the Rugby World Cup before today’s match even kicked off. England players will return to their Premiership clubs ahead of the new season while the Uruguayan team made of lawyers, bankers, and all other sorts of occupations return to work following an epic experience.

Man of the match-Nick Easter 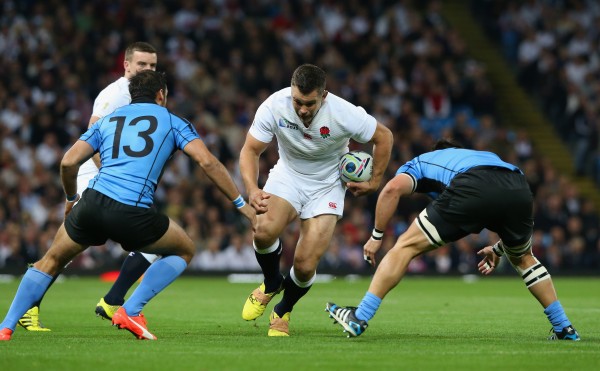 during the 2015 Rugby World Cup Pool A match between England and Uruguay at Manchester City Stadium on October 10, 2015 in Manchester, United Kingdom.

This award could have easily gone to a few of England’s younger players but on what is likely to be the 37-year-olds final game in the white shirt, Easter impressed all with his positive attitude, strong running and, of course, his hat-trick of tries. It was a perfect way to go out. He was simply outstanding.