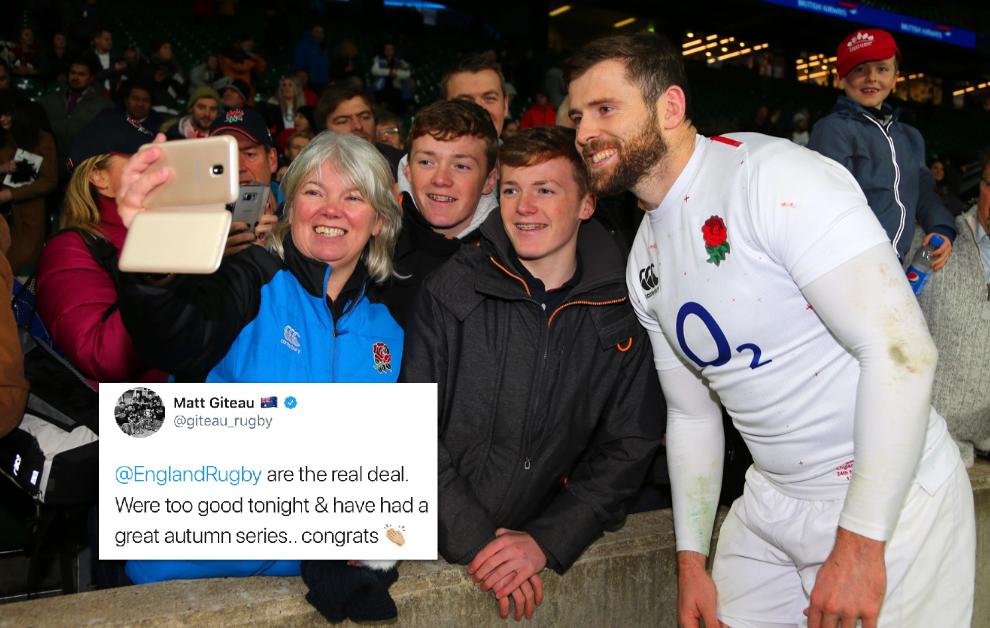 From Joe Cokanasiga’s starring role, to Manu Tuilagi’s return and everything in-between as England brushed aside the Wallabies 37-18.

England made a flying start but were pegged back to 13-all at the break. However, second-half tries from Elliot Daly, Joe Cokanasiga and Owen Farrell sealed victory – with England’s fly half adding 10 points from the boot.

Easily biggest cheer of game for return of Manu Tuilagi. This England backline has muscles in its spit.

What a reception for Manu Tuilagi…

Manu Tuilagi, Ben Te’o and Joe Cokanasiga are all in England’s backline.

Won’t lie, was bare Happs to see Manu Tuilagi hip bumping tackles & causing havoc. We can only only hope we get Teo, Tuilagi & Cokanasiga as a starting lineup soon. 😊

SO good to see Manu Tuilagi back in an England shirt 🙌🏼🏴󠁧󠁢󠁥󠁮󠁧󠁿

2 – @J_cokanasiga is the first player to score in the opening two matches of their career for @EnglandRugby since @lutherburrell did so in his first two (2014). Blistering. pic.twitter.com/OaDCs1OTX2

Cokanasiga could’ve gone for the corner there and scored but instead thought “you’re fucking having it” when he saw DHP. And I love him for that.#ENGvAUS

Cokanasiga was like a computer game there, just bumped off the would be tacklers and scored. Dare I say it a bit like Jona…….

Didnt get chance to see it live but Elliot Daly would probably start in every team in World Rugby even the Blacks would find a place for him. Wilson is a throw back from another era such grit & bulldog spirit, like him. Cokanasiga is exciting. Farrell a surgeon. Itoje machine 👌🏻

Not sure what Folau will hate more: that tackle from Sladey on him, or seeing the rainbow laces 😉#ENGvAUS

@EnglandRugby are the real deal. Were too good tonight & have had a great autumn series.. congrats 👏🏼 #ENGvAUS

Heads up @qantaswallabies ! Enjoy your break now & get ready for an awesome occasion next year @rugbyworldcupjp