With just over a year to go before the 2019 Rugby World Cup kicks off, RUCK asked for England fans to vote in a poll to select their current 31-man squad for the tournament.

The 31-strong group of 16 forwards and 15 backs – drawn from 10 Premiership clubs – would open their campaign against Tonga at Sapporo Dome on 22nd September 2019.

And using the same poll, here’s how Eddie Jones team would line-up for the first game: 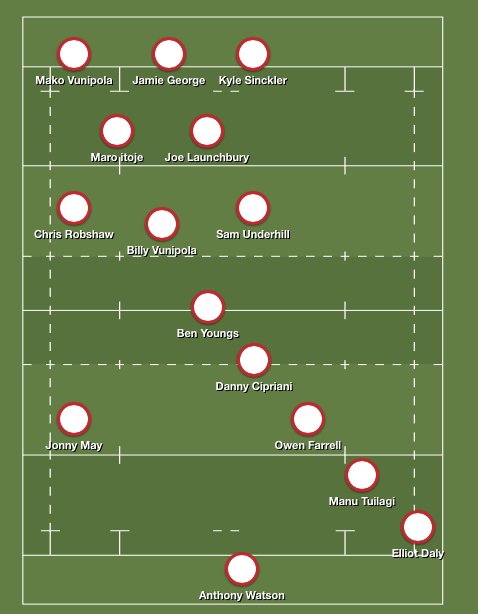