With England’s must-win match against Australia at Twickenham tonight we look at the personal duels that could determine whether the hosts bounce back from defeat or exit at the Pool stage. 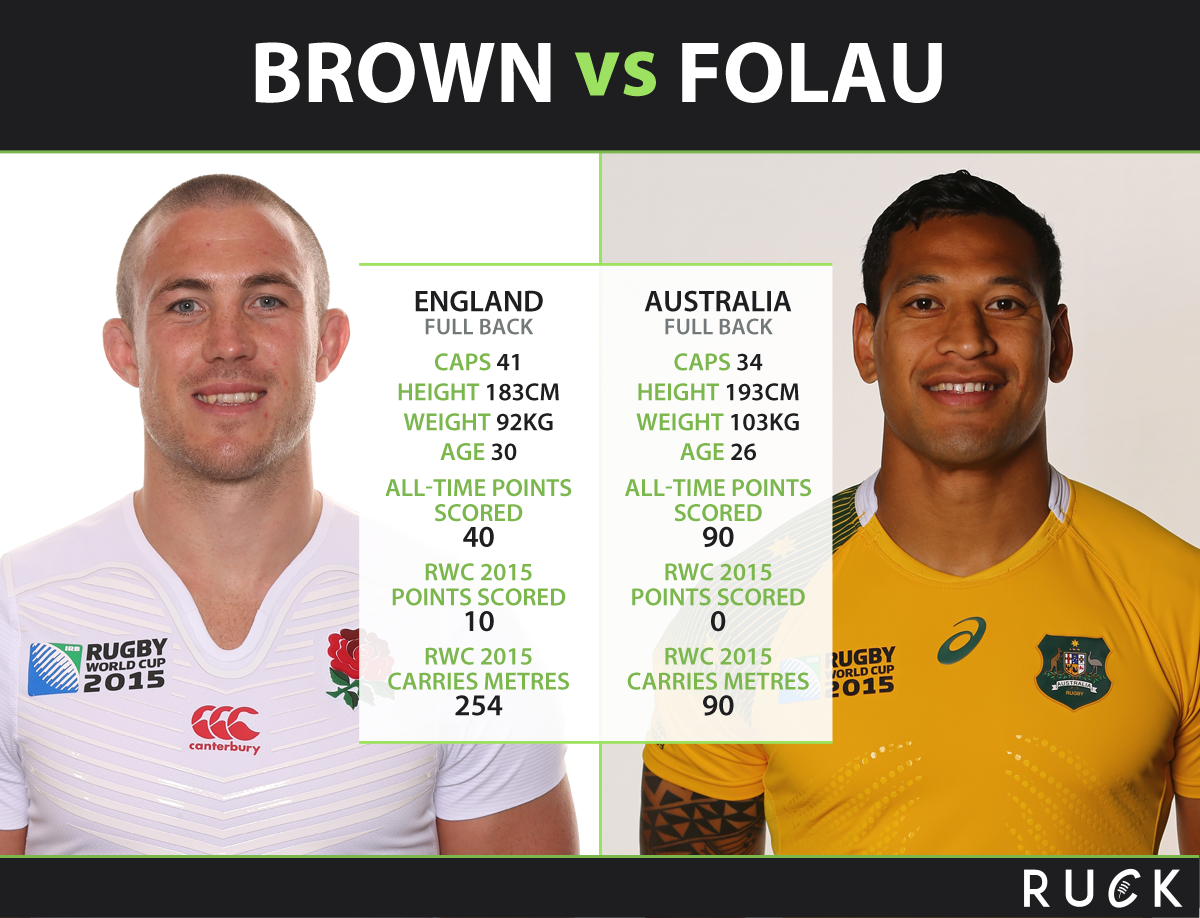 This contest will be particularly exciting as Brown and Folau are probably the two best fullbacks in the world at the moment. They are both world class and play with similar styles as the pair are impeccable under the high ball while also accomplished carriers of the ball, gliding through tackles to get over the gain line frequently. They will test each other to the limit tonight, and it will be fascinating to see who comes out on top.

England must win the set-piece battle. Therefore, the role of the hooker will be essential for the men in white but Youngs finds himself pitted against a proficient veteran in Wallabies Captain Moore. Neither player has a lot of pace or dynamism, but they make up for it with great rugby intelligence, strong scrummaging and a steady throw at the lineout. Both have made adequate starts to their World Cup’s but it will be interesting to see who can step up when it matters tonight.

The two number 10’s will play an integral role to bringing the backs into play while will also have to stand up and tackle well at what will be a war at the breakdown. Farrell didn’t miss a kick last weekend while Foley missed a rather simple conversion in the Wallabies opening game against Fiji. England probably have the upperhand therefore on the goalkicking front but Foley’s creativity with the ball in hand makes him probably a more dangerous weapon in open play.

The performance of Pocock in Australia’s opening match was nothing short of phenomenal with the number 8 defending superbly, battling hard at the breakdown and scoring two tries. Morgan returns for the injured Billy Vunipola with probably the biggest challenge the Gloucester number 8 has ever faced in the white jersey and will need to combine his physical attributes with composure to compete with the plucky Australian back-row tonight. This is an area where the game could be won or lost for England tonight.

The two winger’s play with very contrasting styles. May is all about his remarkable burst of pace while 109 cap veteran Ashley-Cooper plays a more intelligent sort of game with a swift side-step as well as fantastic running lines. Both are proven try-scorers meaning it’s possible they could steal the show at Twickenham tonight.