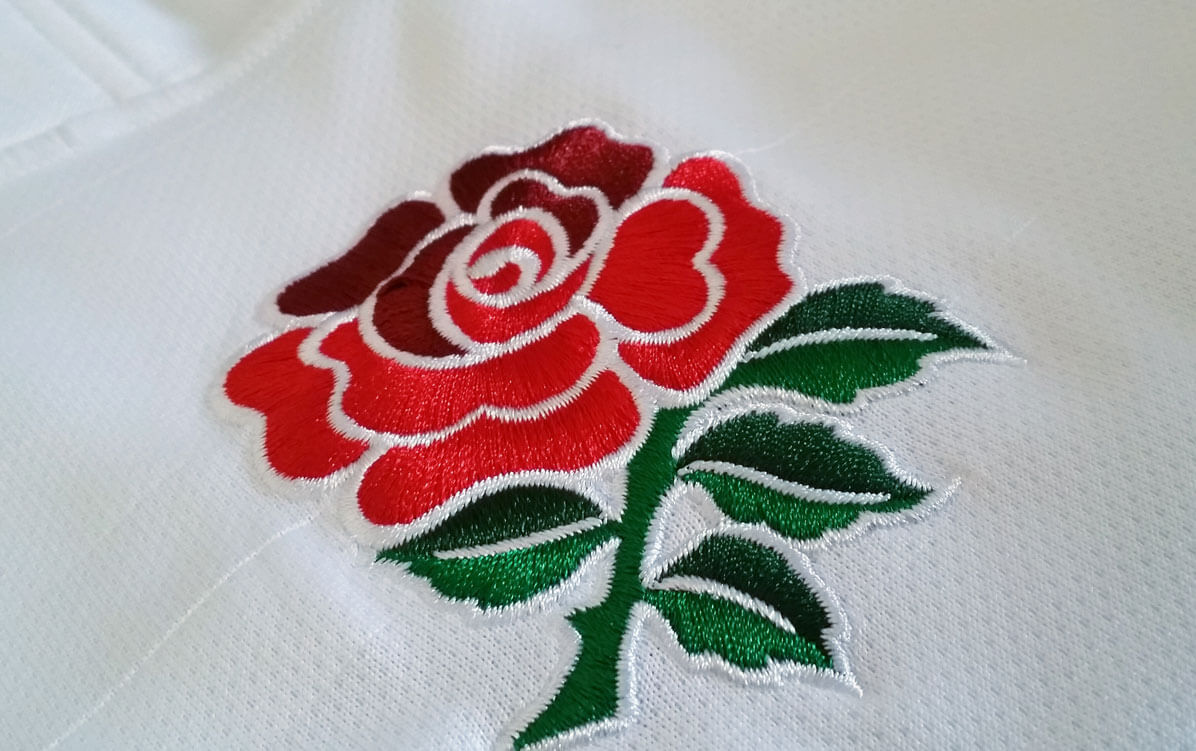 The England 2015 full World Cup kit hit the headlines for all the wrong reasons in early July for its extremely high price of up to £120.

Although on the topic of England kits we here at RUCK.co.uk thought we ought to look back over the history of England’s bygone World Cup shirts.

This classic all-white kit is a favourite amongst passionate England fans as many of the heroes of yesteryear donned it. It was made of the classic cotton and had nothing skin tight about it as can be seen above. However, it failed to bring much success to the team at the inaugural World Cup as they bowed out in the quarter-final following a 16-3 defeat to Wales in Brisbane.

Coached by Geoff Cook England started 1991 undefeated at the Five Nations, but prior to the World Cup England revealed new shirts made by Cotton traders. The new shirt featured new blue collars and blue and red stripes on the sleeves. And that year England co-hosted the second Rugby World Cup, reaching the final, but in a tense encounter the Australians prevailed 12-6 at Twickenham.

England headed to the third Rugby World Cup, this time in South Africa, sporting new shirts from Cotton Traders. These jerseys, which also came in short sleeved versions, featured a thick red and blue stripe around each arm, and boasted the IRB logo on the right chest. England this time reached the semi-finals but was the victim of a Jonah Lomu masterclass as New Zealand flew through with a 45-29 victory in Cape Town.

New shirt manufacturers Nike returned back to the traditional all white kit in 1999, which would see the World Cup hosted primarily by Wales. The simple yet stylish shirt was essentially all-white, with very subtle red highlights. England qualified for the quarter-finals phase of the tournament but were promptly knocked out by South Africa, 44-21 in Paris.

Major changes and innovations were introduced to the England kit ahead of the 2003 season, most notably with the use of Nike’s dri-FIT material and the figure-hugging style of the shirts. Woodward’s side faced the hosts Australia, and eventually prevailed in extra time thanks to a famous drop-goal from fly-half Jonny Wilkinson, securing the Northern Hemisphere their first World Cup crown.

Four years later Nike completely changed their design and as good as it looked on a model it was not exactly the most attractive on the pitch with splashes of red on the shirt and shorts looking incredibly messy. However, England were able to reach a second successive World Cup final, but this time narrowly lost out 15-6 to the Springboks at Stade de France.

Following 2007’s much unloved kit Nike reverted, as was expected, back to the traditional all white England kit. Coached by World Cup-winning captain Martin Johnson the English claimed the Six Nations title, but failed to live up to expectations at the World Cup as they crashed out in the quarter-finals, losing 19-12 to France in Auckland.

Thankfully England’s new manufacturers Canterbury have have learned from mistakes of the past and have chosen to stick with the traditional all white design instead of trying something zany like Nike did in 2007. England fans will be hoping this kit can symbolise happier memories than four years ago come the conclusion of this year’s World Cup on 31st October.

Which is your favourite England World Cup kit? Have your say below!