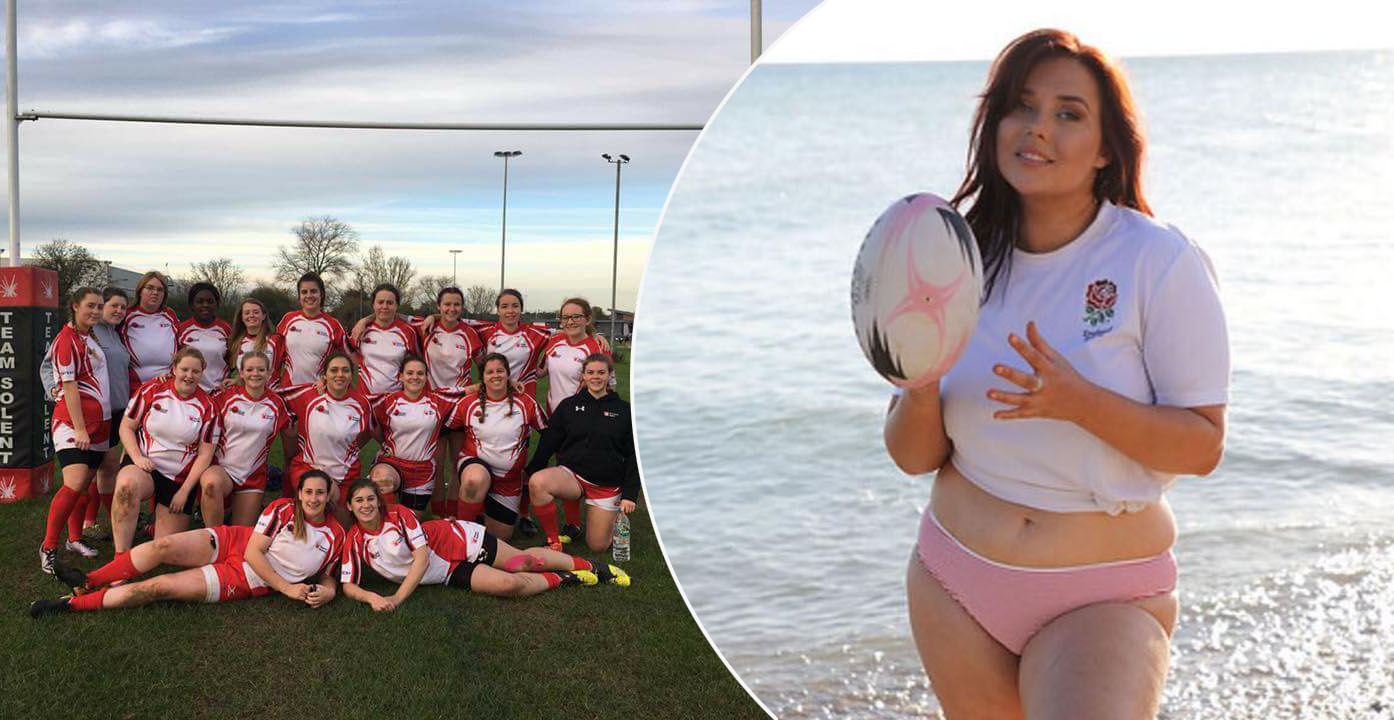 Rugby boots will be swapped for high heels when female rugby player Danielle Evans bids for glory at the Miss Great Britain pageant.

In 2020 Miss Great Britain celebrates its 75th anniversary on the 20th February at the Athena in Leicester.

Evans, who won Miss Publicity to qualify for the finals, played for Solent, trained with Panthers last September and is joining Hove Ladies in the upcoming weeks.

And now she’s very excited to be heading to the Miss Great Britain finals:

“I’m still in shock that I got selected to be Miss Social Media GB 2019 and that I get to share the stage with some incredible women,” said Evans, who works as a creative designer.

“When I first mentioned to people that I was a Miss Brighton finalist AND a rugby player I think initially, people didn’t quite know what to say because you don’t really put the two together but everyone has been so supportive and the response I have got from people has been amazing because I’ve shown people that rugby has NO stereotypes,” she added.

And Evans, who will be raising money for Cancer Research and Alex’s Wish in her second pageant, thinks rugby played a key role in her developing the confidence to take on this latest challenge.

“I don’t know where I would be without rugby now,” she added.

“I’ve made some incredible friends through this sport and it’s really challenged me mentally and physically.

“On my first ever training session, I was thrown to the floor more times than I count and I thought ‘I don’t think this is the sport for me’! But I pushed through, learning about my strength and how I could use it to my advantage and I slowly but surely got better at it.

“It’s a very rewarding sport in my eyes- you meet friends, you get to improve your fitness, what’s not to love?”

And Evans would encourage any young girls to take up the sport she loves.

“My only regret with my rugby playing is that I didn’t start sooner because signing up to rugby 2 years ago was the best thing I have ever done and if I could tell every young girl to play I would.”

“I think there’s a huge stereotype around women’s rugby. People think that female rugby players are aggressive, unapproachable, not feminine and that you have to look and be a certain way and actually, you can be whoever you want to be.

“I’m honoured that I have to the opportunity to show people, particularly young girls that rugby is accepting of all.

“I’m competing in Miss Great Britain- my world is crowns, dresses and hairspray but that doesn’t mean I’m putting my boots away any time soon- there’s nothing I love more than a muddy pitch!!”