Although he is far more used to scoring points than pulling pints, Exeter rugby legend Gareth Steenson is launching a new sports bar and restaurant in the city.

The Stand-Off will open its doors in Portland House, Longbrook Street on the site of the former Bookcover, after a comprehensive refurbishment.

Ladies and Gentleman, the time has come !!
The count down begins here !! @steeno10 @carlrimmercjr @Joejhammond pic.twitter.com/NW6rvEeaW4

Steeno has teamed up with Carl Rimmer, one of his former playing colleagues, and recruited former Woodbury Park manager Joe Hammond to oversee the project.

His playing days are far from over but Steeno has long held an ambition to own his own Irish bar and restaurant.

So much so that he has his own mini Stand-Off at home where he entertains his fellow players, friends and family and which was the inspiration for his new venture.

“This is a completely different departure for me but I am really excited about it. We wanted to bring the best of Irish hospitality to Exeter with a Devon twist!” said Steeno.

“It’s been a steep learning curve but I’ve surrounded myself with some brilliant people and I can’t believe how quickly things are coming together. 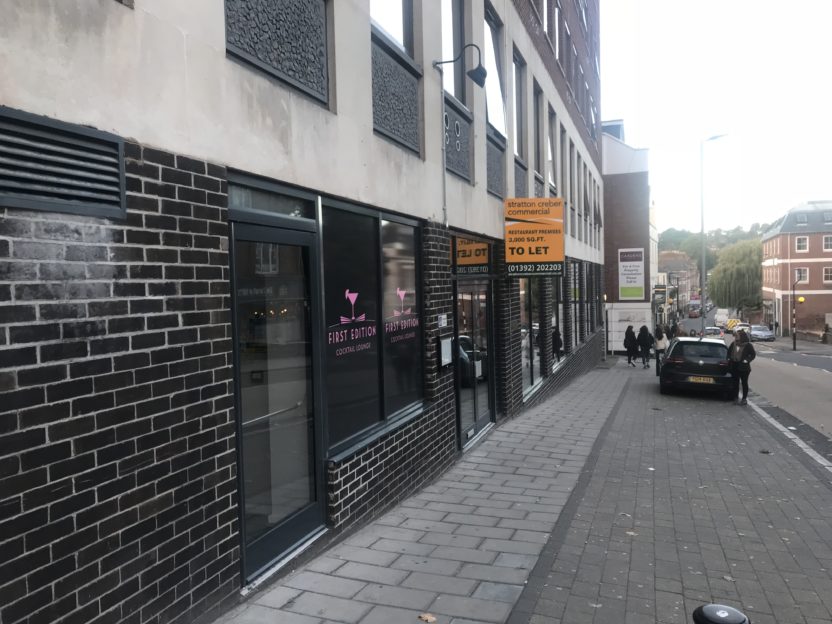 The Stand-Off will be serving great quality local food, from a quick, healthy lunch, to a casual but yummy evening meal from Wednesday to Saturday and then the best Sunday roasts around!

All of the big sporting events will be screened throughout the week including, of course Exeter Chiefs matches, with regular live music to celebrate, all washed down in a fun and family friendly atmosphere.

Steeno said had had been “blown away” by the support he had received from the local community.

“Because my playing and training commitments remain the same I’ve been so grateful to receive several offers of support from far and wide,” he explained.

Tom Curry misses out on Lions XV, according to the bookies