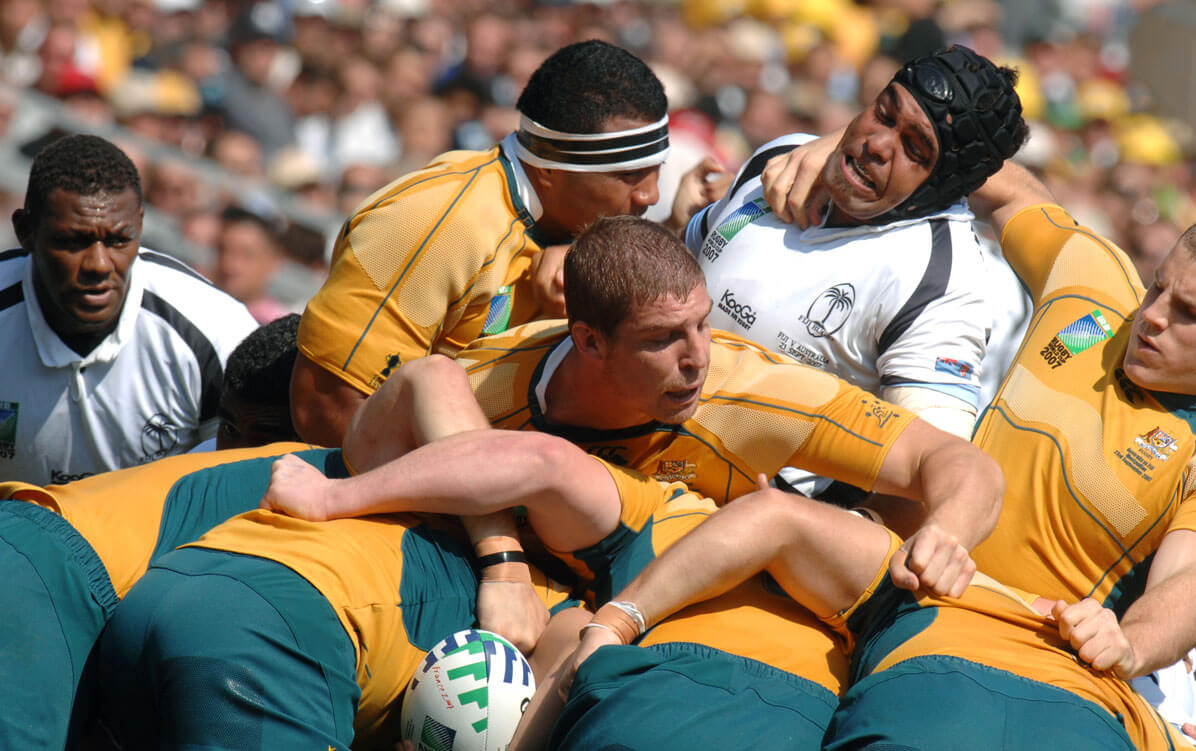 Five reasons why Australia CAN win the Rugby World Cup 2015

With Australia kicking off their Rugby World Cup 2015 campaign tomorrow against Fiji we look at five reasons why the Wallabies could have a chance of lifting the Webb Ellis Cup for a third time.

The 48-year old took over from Ewen McKenzie last October, but it didn’t start well initially with the Wallabies defeating only Wales on a discouraging four-Test end of year European tour.

However, playing the explosive brand of attacking rugby that Cheika is renowned for they turned over South Africa, Argentina and the All Blacks in the summer to claim this season’s condensed Rugby Championship. It was the first time Australia had won the competition since 2011.

Cheika has a history of miraculous reversals as during his tenure at New South Wales Waratahs he guided the perennial underachievers to their maiden Super Rugby title last year, playing a breathtaking, offensive style of rugby in the process.

The two-time winners in the past have shown they can cope with conditions of a Northern Hemisphere Rugby World Cup. The two times they have hoisted the Webb Ellis Cup have both been north of the equator; first at Twickenham in 1991 before again eight years later at the Millennium Stadium in 1999.

Australia has a new lease of life heading into the Rugby World Cup after seizing the Rugby Championship last month. They dethroned New Zealand with a stunning victory against the All Blacks in Sydney.

Although they lost against New Zealand the subsequent week, which will have somewhat slowed them down, their momentum or confidence won’t have been that badly affected

The determination and spirit they have established could now be key to them firstly escaping their ‘Pool of Death’, which includes England and Wales, before moving onto the quarter-finals and beyond.

The Zimbabwean-born flanker will be his adopted country Australia’s potent weapon at the upcoming World Cup due to his ferocious will to win and extraordinary capability.

Nicknamed “Bamm Bamm”, because of his resemblance to the Flintstones character, he had been long ear-marked for big things even before he made his Wallabies debut in Hong Kong against New Zealand in 2008.

Then in 2012, at the age of 24, he was handed the captaincy of the Wallabies but over the next few years he would suffer a few almost career ending injuries.

However, after recovering from his latest set-back he played a fundamental role in Australia’s Rugby Championship triumph last month. The back row’s biggest contribution was his ability to steal the ball at crucial times during the Wallabies famous victory against the All Blacks.

He then took his place in their 31-man World Cup squad, with Aussie fans hoping the number 7 can put in a few more memorable shifts in the gold jersey during their upcoming campaign.

The Wallabies squad possess a good mix of youthful exuberance and World Cup know-how, which is a recipe for success. Cheika has a wealth of talent to choose from so if he can get all his star players firing and their combinations flowing smoothly, Australia could win the Rugby World Cup.

The top players to keep an eye out for will be their experienced winger Adam Ashley-Cooper, who has won over 100 Test caps, and centre Tevita Kuridrani as his direct attacking style makes him always a try-scoring threat.

Then you have their superstar fullback Israel Folau. The 26-year old is the most electrifying player in world rugby today, boasting incredible pace and power that allows him to glide through tackles. He is unplayable when at his best.