The injury-plagued 33-year-old told his Twitter followers he had undertaken “numerous operations” and was “very disappointed” to have to hang up his boots. 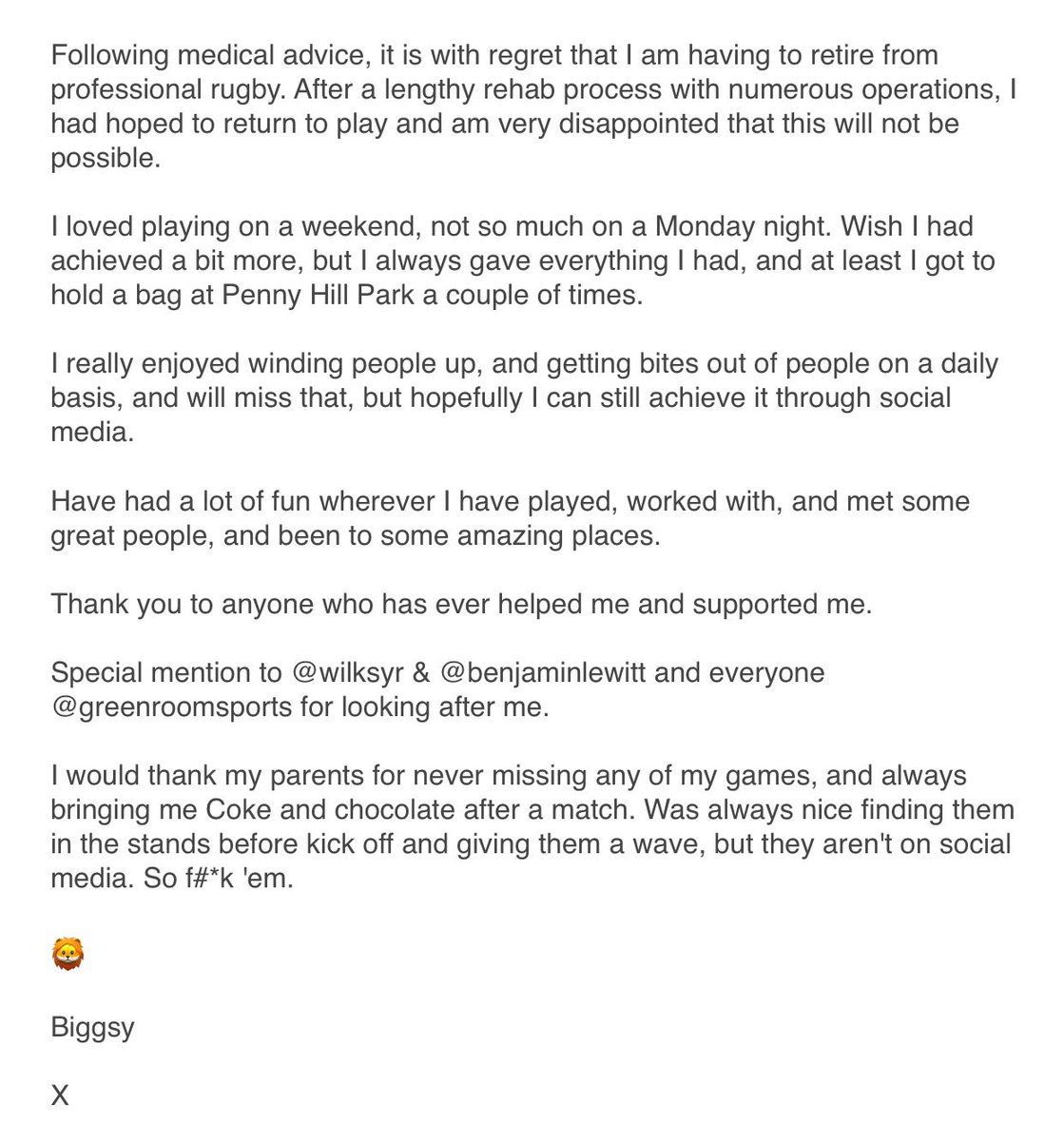 Following his arrival at Warriors in 2014, Biggs made an instant impact, scoring 14 tries in 22 appearances in their Championship promotion-winning campaign.

But he was hampered by injuries in the next two seasons and was among a number of players to be released at the end of the 2016/17 season.