A former rugby star died yesterday while competing in a triathlon.

Steve Begley, 42, who was a key member of the Glasgow squad when the team turned professional in the mid-90s, took ill during the swimming leg of the Singapore international triathlon. 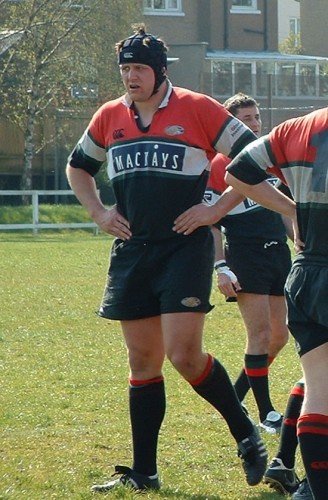 He was pulled from the water by rescue crews but paramedics were unable to save him.

He said: “Steve was the first guy I met when I arrived in Glasgow from New Zealand in 1996. We shared a flat and went on to play many games of rugby for Glasgow Accies, Hawks and Glasgow.

“He quickly welcomed my wife Lisa and me with that friendly, ultra-sociable personality.

“He was a larger-than-life character who was always fun to be around. He was a mate to everyone and a pleasure to have known.

“We have some very fond memories of our time with Steve, most of them involving a drink or a dance – or both at the same time!

“He was one of life’s fun guys and I will miss the big geezer.”