The British & Irish Lions Test team is being debated all over the media at the moment with most selections looking rather similar, apart from at fullback where opinions largely vary.

Jeremy Guscott has gone for Mr. Reliable Leigh Halfpenny but Will Carling didn’t agree with his former teammate – replying to his selection on Twitter. 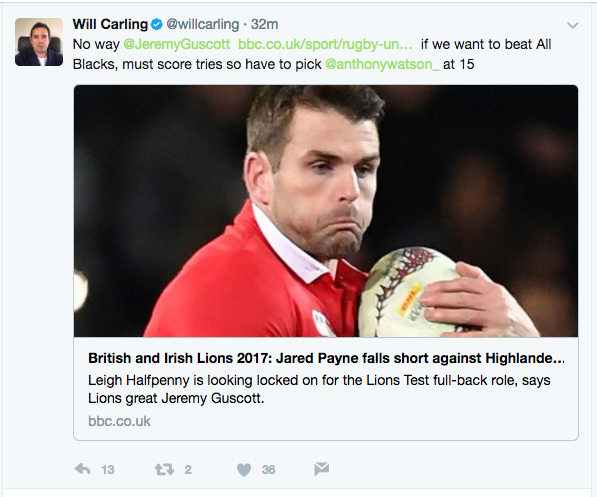 Meanwhile, Telegraph writer Austin Healey has gone with Mike Brown, who isn’t even in the current squad.

And Jonathan Davies, the legendary one that now plies his trade as a commentator, went for something different again, wanting to see Elliot Daly given a go at 15.