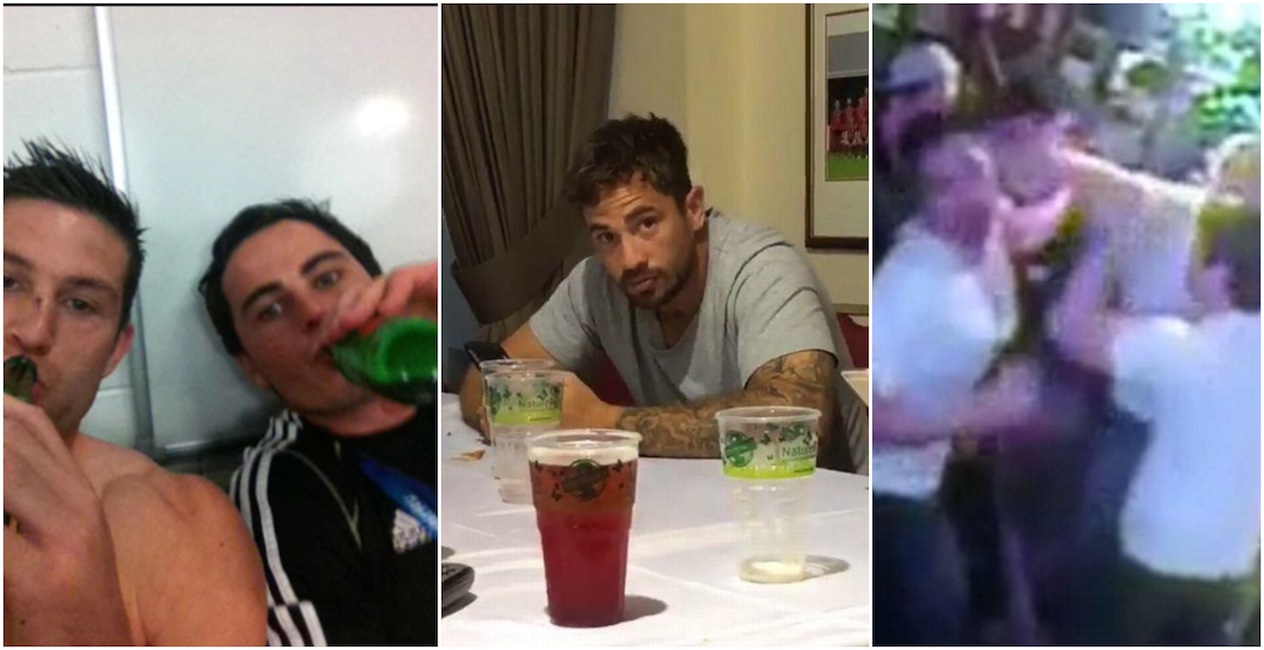 He had his Australian central contract ripped up after an incident at Perth airport, where it is alleged the intoxicated playmaker was refused entry onto a flight.

It now looks like they’ve forgiven him with the playmaker set to make his Wallabies return at the 2019 Rugby World Cup.

England scrum-half Care was arrested in Leeds last year to complete a hat-trick of alcohol-related incidents in the space of three months.

Care, who was serving a drink-driving ban at the time, was caught urinating against the wall of a building after a night out  just weeks after being taken into custody for drunk and disorderly behaviour on a night out in Surrey.null

Lions scrum-half Phillips was sacked by his former club Bayonne for allegedly turning up drunk to a video analysis session. This incident came two years after he was involved in a late-night altercation in Cardiff city centre.

The All Black wing, who has admitted to being an alcoholic, stunned onlookers in a Rarotonga bar when he arrived wet, bleeding, drunk and, of course, naked, before proceeding to assault two holidaymakers.

Months later he was in trouble again after getting so drunk at a house party he punched the wrong person.