The Bears – who are back in the top flight after a one-year absence – will face local rivals Bath Rugby at Ashton Gate in front of the BT Sport cameras in the only match on the Friday night. 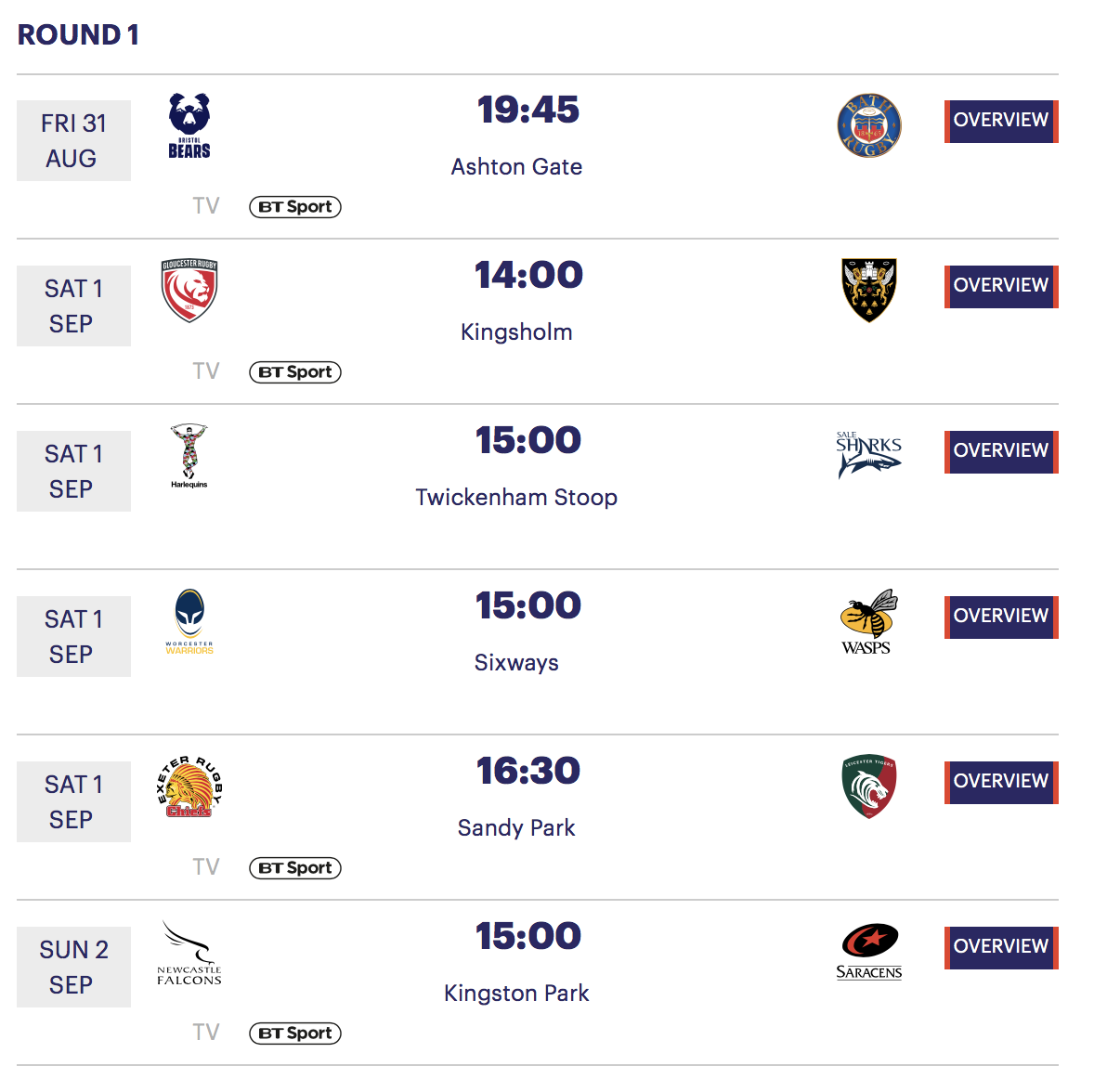 Bristol Bears head coach Pat Lam said: “It’s great for us to be in Gallagher Premiership Rugby and everybody is relishing the opportunity to test themselves in a fantastic competition.

“Our vision is to inspire our community through rugby success and we are working tirelessly to achieve this through the way we represent ourselves on and off the field.

“To open the season against Bath – and to come up against Todd Blackadder, a man I know and respect a huge amount – is really exciting and a major boost for our supporters too. We have no doubt they will fill Ashton Gate and create an incredible atmosphere.”

The fixtures have been compiled again with Atos, the company that works with the Premier League and English Football League.

Reigning champions Saracens have to wait until the final day of the weekend to kick off the defence of their title against Newcastle Falcons.

“We are all excited about the upcoming season and the Gallagher Premiership Rugby fixtures coming out certainly adds to the anticipation,” said Mark McCall, Saracens director of rugby.

“Everyone understands the amount of work which needs to be put in over the coming months to ensure we are ready for the challenge ahead.”

The closure of Twickenham Stadium in September – for redevelopment work – means there will be no London Double Header this year.

However, Premiership Rugby will break new ground on October 6 when the Gallagher Premiership match between Harlequins and Saracens is televised live on network TV in the USA on NBC (rather than NBC Sports) for the first time.

The fixtures for the Premiership Rugby Cup will be announced at noon next Friday (July 13).

“In contention” – Manu Tuilagi in line for SHOCK early return