Saracen’s continue to lead the way in the Aviva Premiership following a laborious victory against Gloucester at Kingsholm on Friday night with England’s Owen Farrell stepping up to kick the decisive score late on.

After Sarries lost their last trip to the west country in January by a last minute kick via James Hook, it was almost a case of DeJa Vu for the visitors when Billy Twelvetrees put Gloucester ahead with just five minutes to go from the tee. However, England number 10 Owen Farrell kicked the decisive score soon after to give the reigning Champions the narrow win.

The result will come as a significant boost to the current league leaders as the victory is just Saracens third away success outside of London in the league since last September.

Sarries had led 11-6 at the break thanks to a try from Mike Ellery after 14 minutes. The move started with a fantastic initial break from Nick Tompkins before the ball was quickly recycled to Alex Goode, who showed quick hands to slip the ball into the winger to cross in the corner. The score was the 26-year-olds third try in two games since making his switch from Sevens to the 15-man game.

A penalty each from Charlie Hodgson and Farrell made up the visitors half-time scoring.

Meanwhile, the hosts struggled to break down the robust Sarries defence in the first half with their only points coming from the tee via Twelvetrees on the centre’s 50th Premiership appearance for the Cherry and Whites.

Gloucester had crossed the whitewash once before the break but the referee wrote off the score as the hosts were penalised for blocking, leaving many around Kingsholm frustrated as the Cherry and Whites struggled to turn their possession and territory into points.

After the break, Twelvetree’s cut the lead to just two points with another penalty before the centre then gave the hosts the lead for the first time on the hour mark, again via the tee, 12-11.

Sarries had a chance to snatch back the lead just four minutes later but Farrell skewed his attempted penalty wide. Nevertheless, the England number 10 made up for that miss after 68 minutes when he struck the ball between the posts to recapture Saracens the lead.

Twelvetrees fifth penalty then gave the hosts the lead yet again but it lasted barely a minute before Farrell delivered the reigning champions the narrow win with another successful kick, 15-17.

Man of the Match 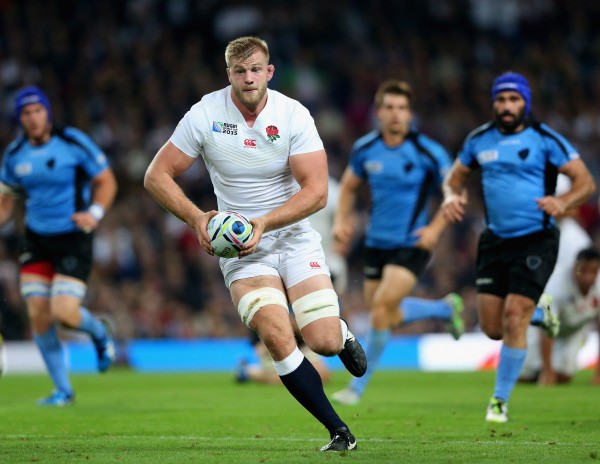 The back-row got through an enormous workload with 18 tackles to prevent the attacking Gloucester backs from having any time or space to create anything. He was useful at the scrum and competed ferociously at the breakdown throughout the contest. He was easily the standout performer.