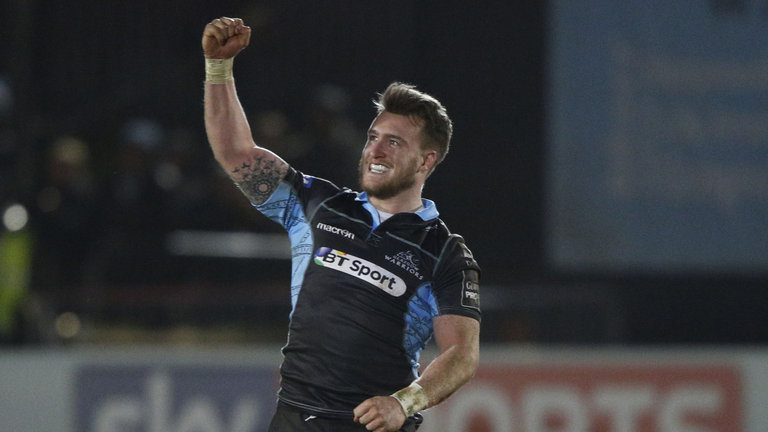 Glasgow full-back Stuart Hogg has given Scotland a boost ahead of the Six Nations by saying he could be back playing in a couple of weeks.

The 25-year-old, who sustained a hip injury while playing for Scotland against Australia at Murrayfield in November, has almost recovered.

His return would come as a sizeable fillip for head coach Gregor Townsend, whose side start their Six Nations against Wales on February 3.

“Hopefully I’ll be back on the pitch in the next couple of weeks and ready to rock and roll again,” Hogg told BBC Radio 5 live’s Rugby Union Weekly.

“We’re getting there now,” before revealing how he suffered the injury.

“I actually did it midweek. The place we train for Scotland, you’ve got about five metres between the try-line and a brick wall, and I’d been running full pelt to score a try and then had to stop suddenly, and I think I pulled it.

“In the warm-up, I kicked the ball and I felt as if somebody had stabbed me in my hip. It was a bit frustrating because I was just coming back from a long-term shoulder injury, I was feeling good, starting to get a little bit of form back and had to start back at square one.

“I’ve never really picked up any injuries – to end up get a fractured eye socket, have to get your shoulder operated on, it has been a bit frustrating.”