Former Australian rugby league and American football star Jarryd Hayne’s dreams of Olympic glory ended today after he was dropped from the Fiji Sevens squad for the Rio games.

After a phenomenal success with the Parramatta Eels club in the NRL, Hayne joined San Francisco 49ers of the NFL and later made a switch to the rugby union in 2015 in a bid to represent the Fiji Sevens team in the upcoming Olympics. 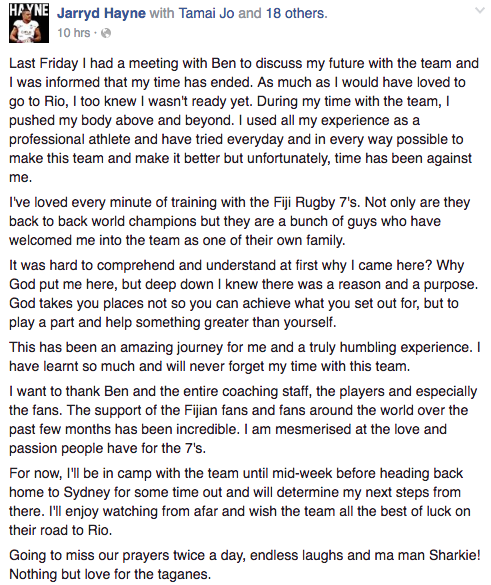