Wasps second-row Joe Launchbury has been appointed as the Premiership club’s captain ahead of the 2016/17 season.

The England international, who is closing in on a century of appearances for Wasps, has been an integral part of the core group of young English players coming through at the club over the past few seasons, who are now winning international recognition.

Wasps’ Director of Rugby Dai Young said: “Joe is a natural leader around the place and I think he has grown with the responsibility of being a leader and an international over the last couple of seasons.

“He has already proven himself as a world-class player and I’m sure the captaincy will only help him grow again.

“Joe has tremendous role models to follow in James Haskell and Matt Mullan, who have been outstanding for us. They’ve done a fantastic job and we obviously want them to retain a leadership role.

“But with players of James and Matt’s calibre and experience, you certainly wouldn’t rule out the possibility of them doing the job again sometime in the future.

“We need to grow the group and there’s an opportunity for all our young guys coming through, headed by Launchers, to really develop as leaders as well. Great teams don’t only rely on one or two leaders, they have five or six and that’s what we’re also trying to do. 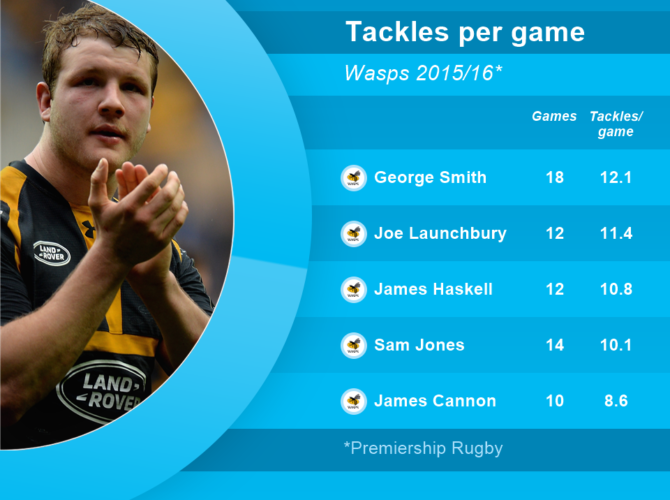 “When Joe re-signed with Wasps a couple of seasons ago, the picture wasn’t quite as bright for the club as it is now and he was wanted by most teams in Europe. He put his faith in me and the potential of the squad, and believed in the vision Derek and I had for the club.

“That showed tremendous commitment and loyalty to the club and his team mates. It’s players like that you want forming the backbone of a team and taking the club forwards.”

Looking ahead to the new challenge, Launchbury said: “It’s a massive honour to have been named captain and something I am very excited about.

“Wasps is a club I’ve been at for a number of years now and I’ve played under some great captains during that time, so I’ve learnt a lot from them, particularly most recently from Matt Mullan and James Haskell who have been two great captains for us.

“I know they will be a massive help to me over the next 12 months and it’s a role I’m really excited about. We have a squad packed full of talent so it’s now important we hit the season running.

“We’re fortunate to have a good leadership group building here – with the experienced players like Haskell, Matt and Jimmy and also a number of the younger guys coming through like Sam [Jones} and Elliot [Daly} who like me have been here for a number of years and have a real respect and love for the club. We’re all looking forward to the season ahead.”