Initially, a group of five teams forming the ‘Major Rugby Championship’, the group has now expanded to nine with plans to begin formally under the ‘Major League Rugby’ name in 2018.

Reported by America Rugby News, the premium place for rugby updates across the pond, the new-found competition has not explicitly stated its intentions to become fully professional, some of the members are already paying their players, most notably the Austin Huns.

The full list of participating clubs (and management entities) is as follows:

Of all the clubs named the Houston Strikers are perhaps the most interesting as they do not currently exist. That has not stopped them from making a brief public statement: 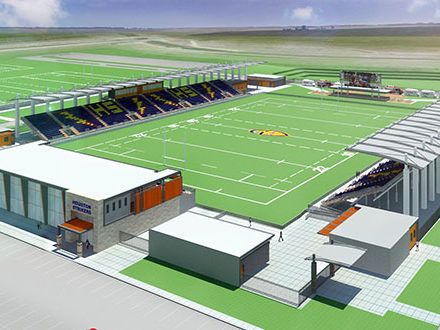 A model image of a proposed 11,000 seat stadium – with two additional rugby-specific fields adjacent the stadium – has already been posted on their page as well as a logo.

It’s unclear at this time how this will affect the future of PRO Rugby, which remains sanctioned as the exclusive professional domestic 15-a-side competition despite currently having no players or coaches on contract, and no immediate plans for a 2017 season.