Manchester City goalkeeper Ederson has come under fire from Gloucester Rugby stars after his injury against Liverpool.

The Brazilian goalkeeper will start against Feyenoord after having eight stitches following the clash with Liverpool forward Sadio Mane on the weekend.

Former Gloucester star Luke Narraway, who now plays for Coventry and current Cherry and White Mark Atkinson, however, were less than impressed by the severity of the injury.

Narraway posted ‘not eight stitches’ before Atkinson described the Manchester City man as a ‘warrior’. We’re sensing a severe case of sarcasm. 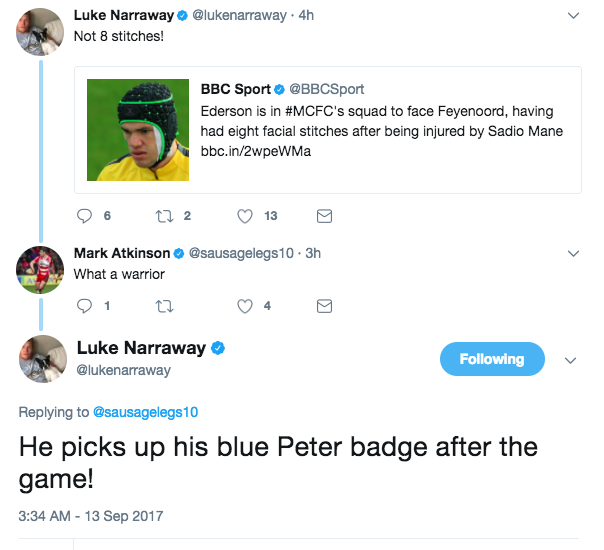 Narrarway then replied, saying he hopes he got his Blue Peter badge.

Hartpury chief Mark Cornwell also suggested that the Brazilian might need an air ambulance due to the extent of the injury. Looks like the sarcasm bug is spreading, ha-ha.