Saracens fly-half Owen Farrell will miss the start of the 2016/17 Aviva Premiership after Director of Rugby Mark McCall confirmed the playmaker was struggling for fitness due to a back injury suffered in pre-season.

The England international, who played a key role in England’s 3-0 series whitewash over Australia, picked up the problem around a month ago. 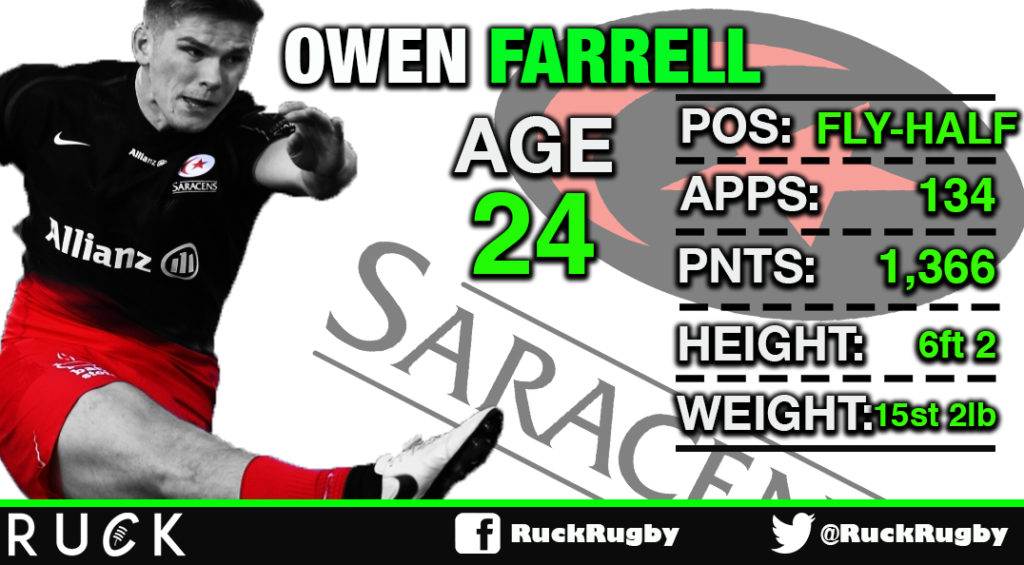 He suffered the injury during pre-season but Farrell was still hoping to recover in time to take on Worcester at Twickenham on September 3.

However, the 24-year-old will now miss the clash and the possibility of more games but McCall insists the knock is not a serious one.

“Owen has a little bit of a back niggle but it’s nothing serious,” revealed the Saracens chief

“We’ll have to see how it is at the start of next week.

“It isn’t related to the England tour. It’s something that has been picked up in the last five weeks. We don’t expect him to miss too much though.”