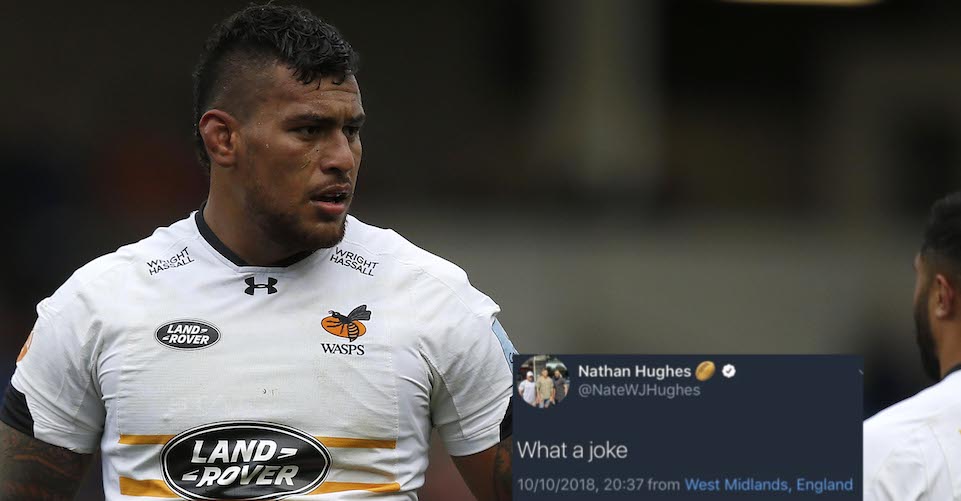 England and Wasps number 8 is reportedly in big trouble after a tweet he made forced his disciplinary hearing to be suspended.

“No judgment will be issued by the panel in this period and the panel direct that the player, Wasps Rugby and the RFU are to make no further comment until the case has concluded. The player remains suspended until the conclusion of the matter.”

Wasps and England forward Nathan Hughes has disciplinary hearing postponed after more than four hours without reaching a conclusion, yet he’s still suspended

It has now been revealed that the England Number 8 tweeted “What a joke” during the hearing, resulting in the suspension of the panel.

It is likely that Hughes will now spend significantly longer on the sidelines as a result of the Tweet.