Nigel Owens has fired back after he was called ‘rugby’s superego’ by Times columnist Tommy Conlon following his decision to have a quiet word with Simon Zebo in last week’s Champions Cup pool match between Racing 92 and Ulster.

“Then, of course, rugby’s superego arrived on the scene in the shape of match referee Nigel Owens.” Conlon writes

His was the authoritarian voice of the establishment, come to reassert the game’s incorrigible self-importance. He proceeded to talk down to Zebo like a prep-school headmaster pedantically explaining the code of conduct to an innocently errant child. “I don’t think you needed to do that,” scolds Nigel, “I suggest that you apologise.”

“Even by the notoriously didactic standards of rugby refereeing, this was a whole new level of pompous. Since when did the game’s referees decide to become morality police, as well as being mere enforcers of the rules? Maybe Nigel should have told the cheerleaders to dress in something more appropriate, while he was at it?” 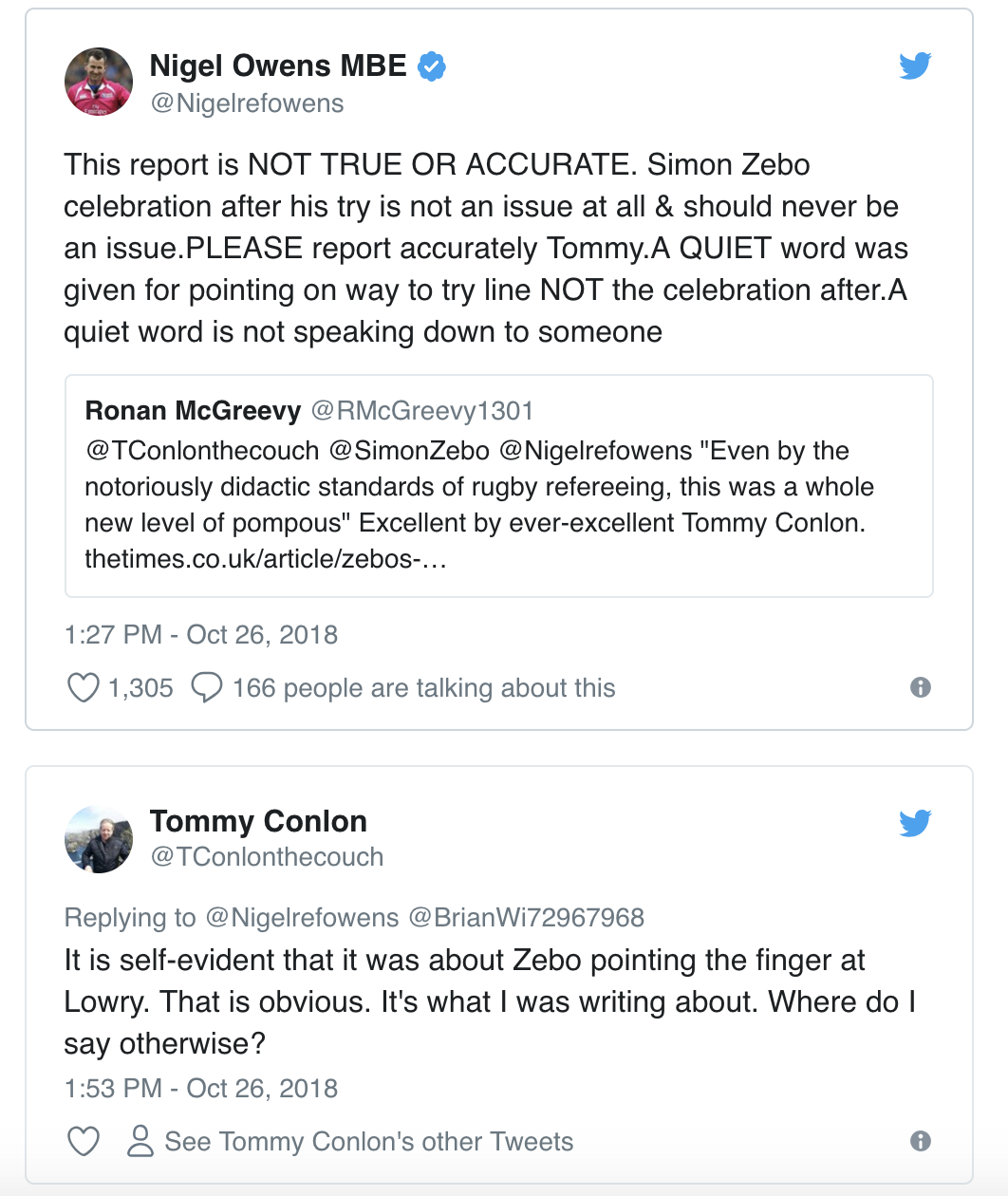 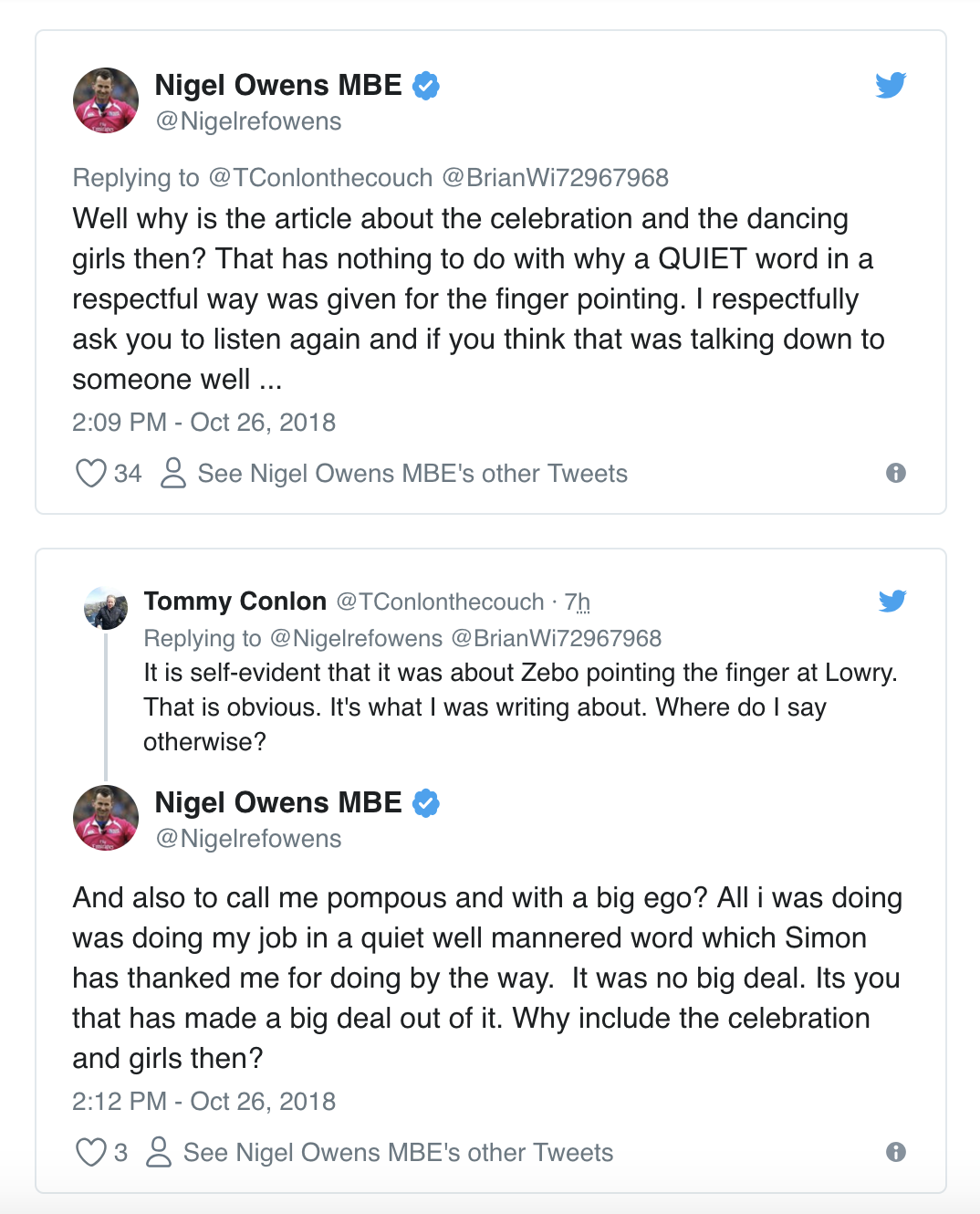 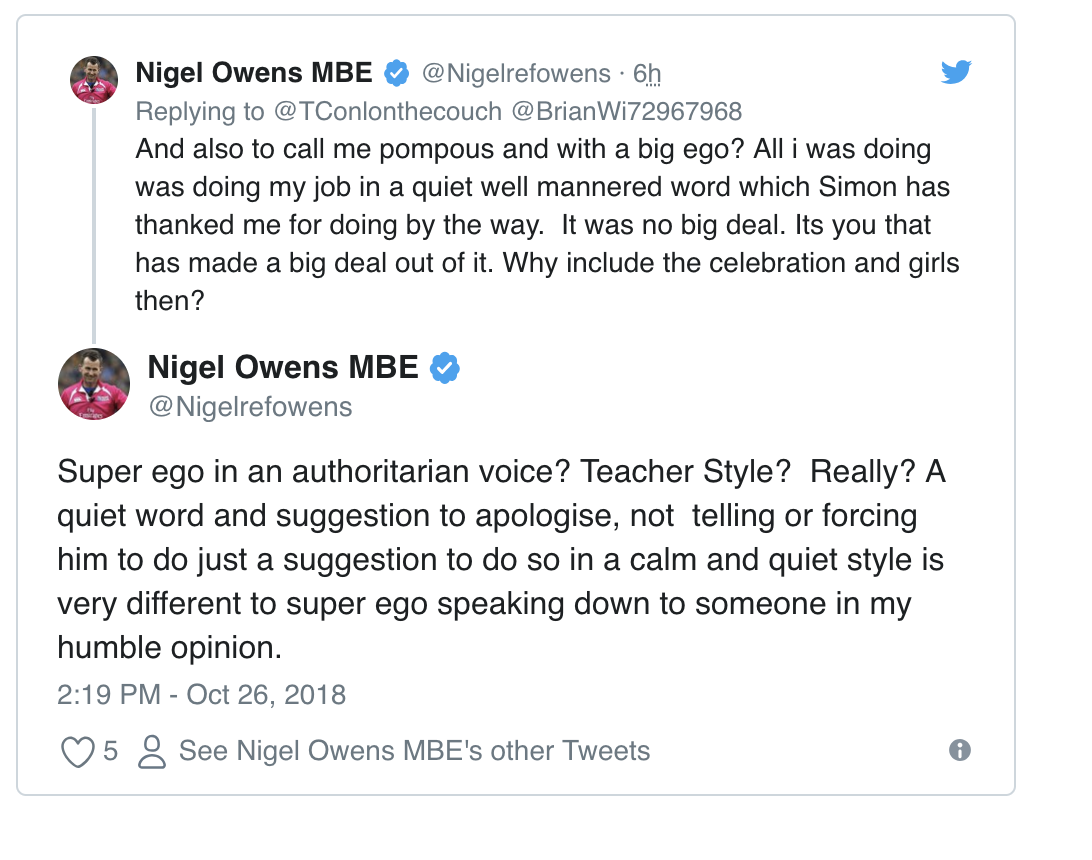