Rugby referee Nigel Owens is backing fellow official Carlos Ramos, the tennis umpire who was accused of being a ‘thief’ by Serena Williams in the US Open final.

Owens, rated as one of the top referees in the world, weighed in on the Serena Williams outburst in a column for the Wales Online.

“It is the nature of the beast that sports stars will be unhappy with referees from time to time, particularly when they have lost a game. But if they have real grievances, there are proper guidelines and procedures to follow. Calling someone a ‘thief’ and accusing him of sexism, in front of millions across the world, is not the right way to go about it and even more wrong when there are no grounds for it, Owens wrote.

“Serena is a role model for tennis, for black people, also for women in sport, and she would be better served accepting she got this wrong, apologising for her behaviour and the accusations she threw at the umpire.

“[She] has put Carlos Ramos in a really awkward position for next time he umpires one of her games, or one involving some of her colleagues who have come forward in support of her.

“However, I’ve no doubts he will continue to act with dignity and integrity. He won’t hold grudges, but at the same time nor will he want to edge towards her with a bit of favouritism, which would lead to other accusations.”

“In calling Ramos a ‘thief’, and accusing him of sexism, Serena was in effect calling a highly respected official a cheat. One, by the way, who has no history for that sort of thing and who has handled matches, men and women, perfectly fairly and with integrity,” Owens said.

“Ramos has a reputation of being a ridiculously strict umpire, in men’s and women’s tennis, so the accusation of sexism is difficult to understand.”

Tonight a tennis fan tried to warn off Owens but the Welshman replied with his typical vigour, shutting down their argument in superb style. 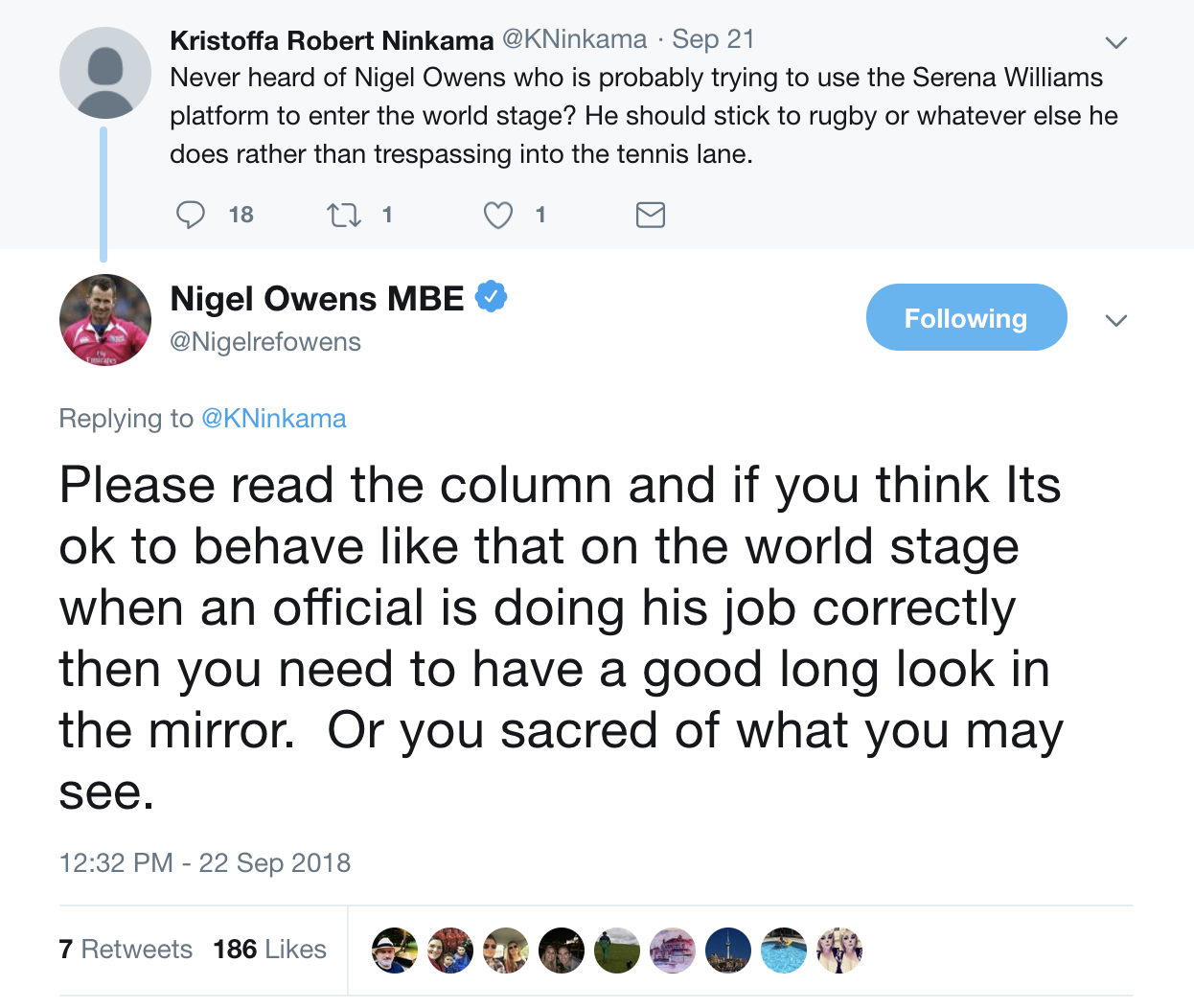 Lewis Moody selects his England XV to take on Wales

RANKED: The 5 Most Controversial Decisions in Rugby History