Rugby union is officially the 26th most popular sport in Australia with the same number of participants as ballroom dancing reportedly.

According to statistics released by the Business Insider, an alarming 93,000 Australians have given up the sport over the past 15 years, with the number of rugby union players down to just 55,000.

Football is going in the opposite direction, surpassing golf as the most played sport in Australia with 623,000 people playing the round ball code, a rise of 46 percent compared to rugby union’s decline of 63 percent over the same 15-year period.

The only other sports that have taken a hit similar to rugby union across the Tasman are pool/snooker/billiards down 69 percent, ten pin bowling down 62 percent, and squash down 67 percent. 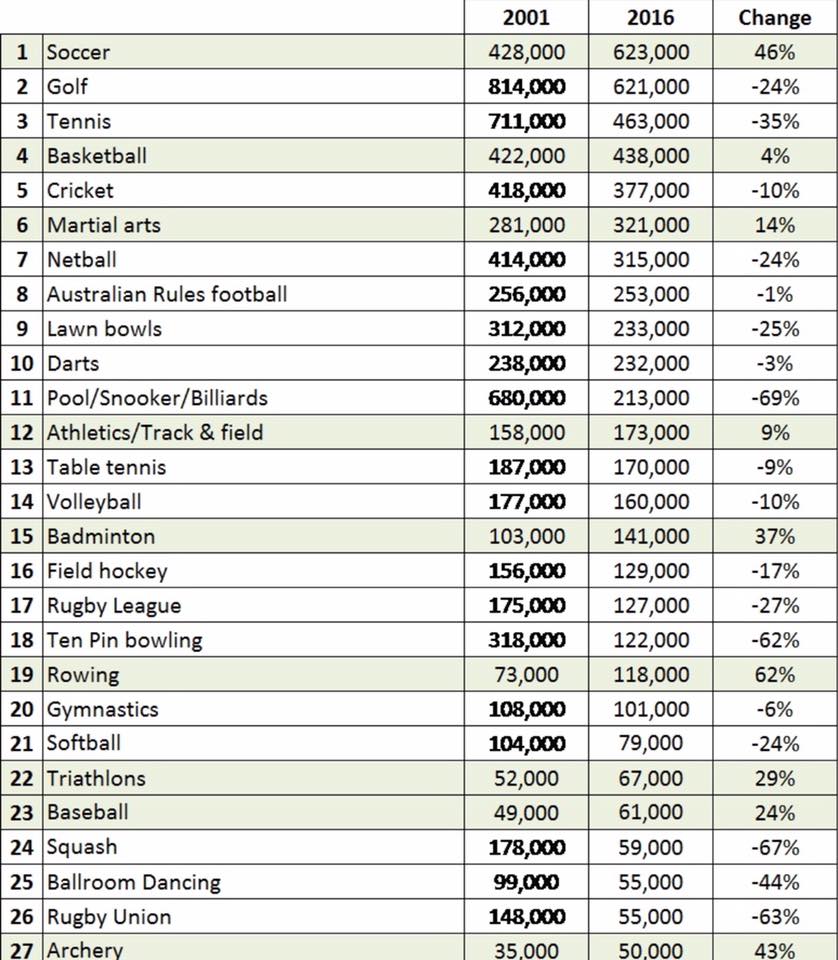