Former Wales captain Gareth Thomas has revealed he was the victim of an alleged homophobic attack in Cardiff on Saturday night.

A visibly shaken Thomas, who came out as gay in 2009, revealed in a video posted on his Twitter account that he wanted to spread a ‘positive message’ after being exposed to an alleged hate crime due to his sexuality.

Thomas, who came out as gay in 2009 and made over 100 test appearances for his country, said he was posting the video to spread a “positive message” in the aftermath of the alleged hate crime.

“This morning I decided to make what I hope will be a positive video,” Thomas said.

“Last night I was the victim in my home city of a hate crime for my sexuality. 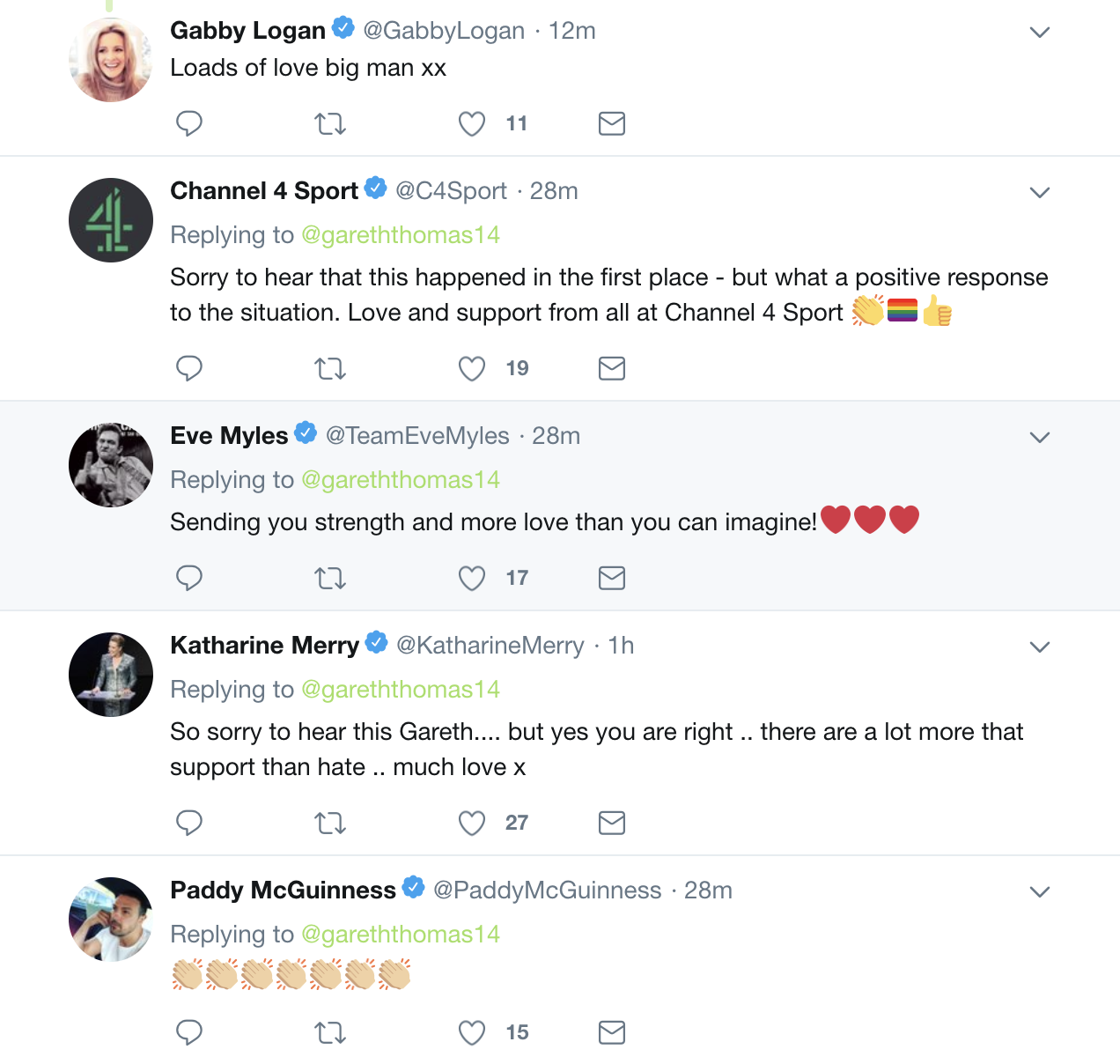 “Why I want it to be positive because I want to say thank you to the police who were involved and have allowed me to do restorative justice with the people who did this because I thought they could learn more this way than any other way.