Fiji will officially be a part of the NRC come September 2, with the 2017 fixture announced on Friday.

The competition will kick off a week later this season, starting on September 2, with the Canberra Vikings hosting Queensland Country before the Fijians kick off their NRC induction against Brisbane City at Ballymore, in one of two regular season matches at QRU headquarters in 2017.

One fan questioned why a Fijian team was being included in the Australian ‘National Rugby Championship’, but he was owned by popular Fijian Nemani Nadolo. 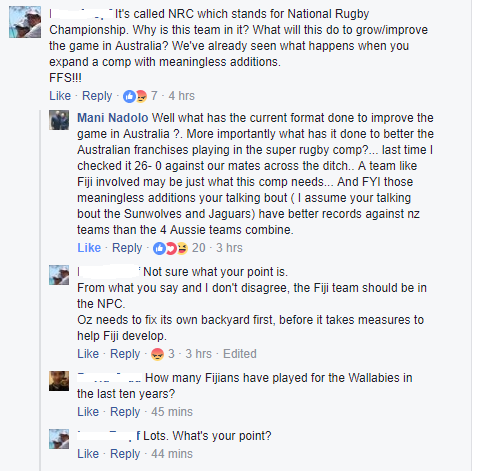