The strong carrying and intelligent running from Chris Pennell was simply too good for Newcastle Falcons’ lacklustre defence. The fullback played a key role in the Warriors’ rampant first half, touching down a try of his own as well as playing a crucial role in Bryce Heem’s debut score. His consistency will be key to Worcester’s chances of survival.

The Fijian flier, 21, starred with a remarkable 16-minute hat-trick as Toulon produced the best performance of the Top 14 season so far, thrashing Montpellier 52-8 at home to leapfrog them into fourth in the Top 14 table.

In a stunning Toulouse performance that saw them dismantle Greonble with a 52-12 win, it was Gael Fickou who added a clinical edge. The 21-year-old Frenchman finished the game with a hat-trick, converting two of his own tries for an impressive 19-point haul.

The centre scored 18 points, made up of three conversions and four penalties, as Connacht romped to a 33-19 win against Treviso. His partnership in the midfield with Bundee Aki was also working efficiently as normal.

Unfortunate to go under the radar with his wing partner Tuisova bagging a treble, but Australian Turner’s two-try performance was arguably just as crucial, both scores coming in the first half hour to leave Montpellier with a mountain to climb. 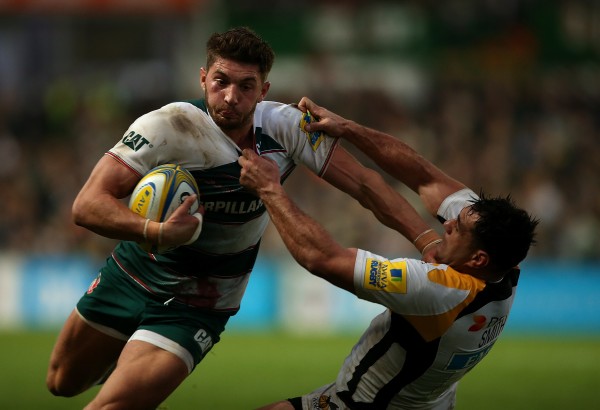 Chiefs skipper Gareth Steenson scored all of his side’s points as they overcame Leicester Tigers 19-6 at Sandy Park on Saturday, made up of a try, conversion and four penalties. The fly-half has now scored two tries in four games so far this season, which is the same amount as he scored in his previous five Aviva Premiership campaigns combined.

Pro2 Champions last year, promoted Pau have taken to the Top 14 well, picking up three wins from their opening eight games in a promising start to the season. The most recent of those victories came this weekend as they overcame Agen 33-31 and France-born Marques was at the centre of it, dictating play throughout and kicking 15 crucial points.

Touted by many as one of the best at his trade, the burly prop, a two-time Ireland international, put in a manful performance for Munster this weekend as he came off the bench to inspire his side to a steely 16-14 win at Edinburgh on Saturday.

Although fly-half Ian Madigan was outstanding from the tee, it was hooker Tracy’s productive work at the line-out that kept Leinster in the control of the ball as they recorded a fantastic 19-15 win against Scarlets. The Irish-born hooker had struggled to establish himself as the first choice number 2 but did himself no harm with this dominant display.

The big number three was in ruthless form as he put in an exceptional performance for Exeter. The cornerstone of an imposing pack, Francis, fresh from World Cup duty with Wales, helped lay the platform for Gareth Steenson’s magic.

Kruis makes his way into RUCK’s team for a second consecutive week following his bold defending as Sarries held on, despite a brutal late onslaught for a massive 12-6 away victory against title rivals Northampton. His eye-catching performance ensured Saracens continue to lead the way in the Aviva Premiership with a 100 per cent record.

The Warriors new skipper Gray put in a fantastic performance as Glasgow overcame Cardiff Blues 35-30 on their travels at Arms Park. The 65 points scored between Cardiff and Glasgow was the most between the sides in the Pro 12 since their first ever meeting.

Another commanding performance from the Exeter back-row has intensified support for him to get his chance in the England shirt after he was controversially left out of Stuart Lancaster’s Rugby World Cup squad. Ewers made a few strong runs with his tough tackling likely leaving more than a few of the Leicester Tigers players battered a bruised this morning. He was simply monstrous.

Tipuric led the charge of the rainbow warriors as they strolled to a 36-3 bonus-point victory over a subdued Zebre at the Liberty Stadium. The Welsh international won numerous turnovers as well as getting on the scoresheet as he secured the four-try bonus point when he rounded off an excellent team score to cross the whitewash.

The South African-born number 8 put in a man of the match display as Edinburgh fell to a narrow 16-14 loss to Irish side Munster. His solid defence and efficient offloading almost secured the underdogs a surprise victory but at least ensured they came away with a losing bonus point.