The first weekend brought about some historic victories as England won Brisbane for the first time with a 39-28 win over Australia at Suncorp Stadium on Saturday.

A brave and bold Wales side has earlier lost out 39-18 to world champions New Zealand before a heroic defensive effort propelled Ireland to a first-ever win in South Africa by 26-20.

Elsewhere, England Saxons impressed as they overcame South Africa ‘A’ on Friday evening while Argentina outgunned Italy on Saturday.

But who were the stand-out performers? After much debate here is our final selection – do you agree? Comment below.

Ended the game hobbling and could now is likely to miss the rest of the tour but couldn’t have given much more. The Northampton winger looked back to his menacing best, running at New Zealand with muscular intent and gaining huge yardage. 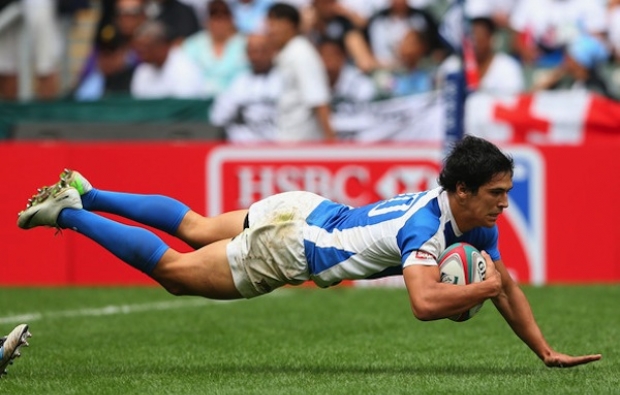 A brilliant first appearance since the 2014 tour to Argentina containing high skill levels and his partnership with Robbie Henshaw also looks to have real potential.  His bravery in possession and wonderful commitment and athleticism in defence summed up an epic performance while his touch was also crucial in setting up Jared Payne’s try.

It was a composed performance from England’s fly-half. 24 points from the boot continues his incredible season when kicking at goal, but he looked just as assured with the ball in hand regardless of if he was at 10 or 12.

The senior scrum-half exuded a sense of calm and his kicking game was largely on the money. Behind a pressured pack, he provided a quality service to Paddy Jackson. In Sexton’s absence, his fitness is paramount., especially after his second-half try proved to be the crucial score.

The Exeter loose-head prop could be ousted from the front-row union for his play in the loose and dynamism. He will be pushing Joe Marler, Mako Vunipola and Matt Mullan next term.

The Ulster hooker led his team by example, relentless in his lung bursting efforts, particularly in defence where he pilfered a couple of balls, especially the one on the Irish line. Hugely industrious, his work in defence and at the breakdown were major factors in taking the game to the Boks.

The England tighthead scrummaged strongly and managed to get the better of his scrum opposite Scott Sio, which ultimately saw the Wallabies loose-head sent to the sin bin. He also carried strongly across the pitch throughout.

Undeniably England’s find of the year, if not the decade. The Saracens lock announced his arrival in Australia with a crucial turnover on his own line, and a massive presence in the lineout to disrupt the Wallabies on their ball. The question must be asked: will he ever have a bad game?

He took responsibility at Newlands and delivered a brilliant performance around the pitch that mirrored his excellence out of touch. Crucial to the Irish set-piece, particularly given the height of the home lineout. Managed his options superbly in that facet, however, and stepped up to the plate in every aspect. One of the team’s leaders now.

It took Matt Kvesic only three and a half minutes to make his first turnover in Bloemfontein, where England Saxons fought off a late South African comeback to secure victory. Before kick-off, the Gloucester seven’s stealth at the breakdown was being likened by that of Australia’s David Pocock and, against a fragile Springbok reserve side, he didn’t disappoint. We’ve put him at six simply because we need him in the team after this massive performance.

Unarguably his best performance in an England shirt. He set the tone with a thumping hit on David Pocock in the opening minutes, and his break from a maul led to Yarde’s try. The flanker pulled off 23 tackles and made one brilliant linebreak Haskell was also instrumental in nullifying the Wallabies’ threat over the ball.

Looked off the pace at Twickenham but how he reminded us of his world class here. Great try, another disallowed and a skilful and industrious display that was out of the top drawer. Wales missed 31 tackles but Faletau nailed 13 out of 13 in defence.