World Rugby and the Japan Rugby 2019 organising committee have announced the match schedule for Rugby World Cup 2019, which will be hosted in Japan between 20 September and 2 November. 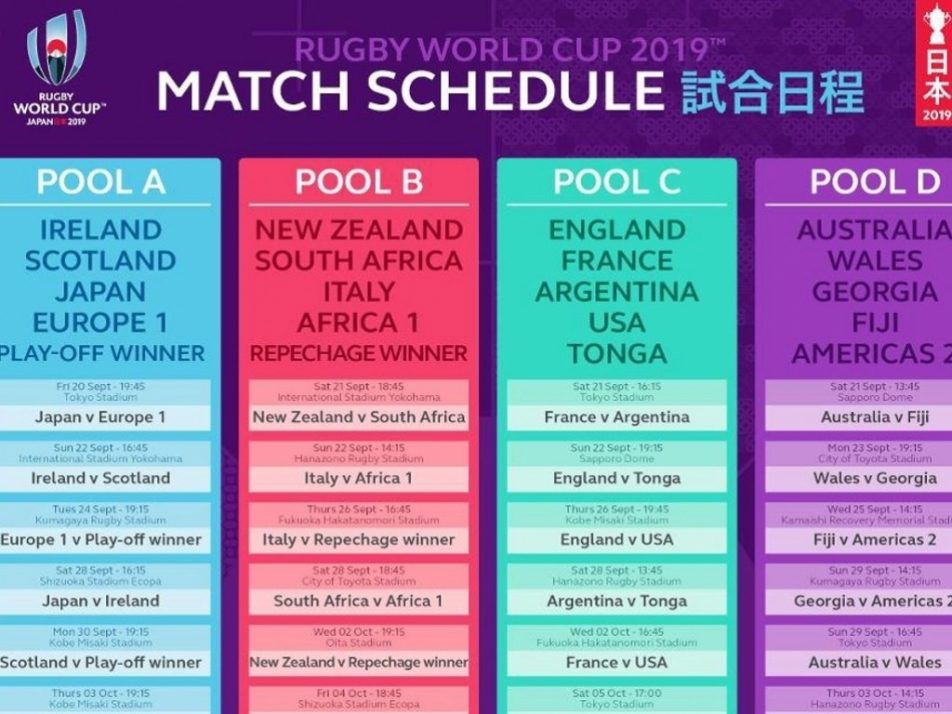 Supporting the joint ambition of a tournament that is accessible for all of Japan, the 48 matches will be spread across 12 host cities the length and breadth of the nation, with each match venue hosting a minimum of two matches.

The blend of iconic venues and vibrant host cities will provide a diversity of unforgettable cultural experiences for travelling fans, while 80 per cent of the Japanese population will be within 30 minutes of a match.

Japan Rugby 2019 also announced their vision for the tournament as a ‘once-in-a-lifetime’ opportunity and with Japan preparing to host for the first time and excitement building, it is a compelling mantra.

The host nation will begin its campaign against Europe 1 in the tournament’s opening match at 19:45 at the Tokyo Stadium, venue for five pool matches, two quarter-finals and the bronze final.