The USA and Canada will be even heading into the July 1 game in San Diego following a 28-28 draw at Tim Hortons Field Saturday.

Nick Civetta and Mike Te’o each scored two tries for the Eagles north of the border as the Head Coach John Mitchell’s side remained unbeaten against the border rival in six matches.

Well played! Man of the match for his two tries and all-round performance is @DTHVDM from @RugbyCanada #RWC2019 pic.twitter.com/9BuH7IsLes

Newcastle Falcons new signing DTH van der Merwe, who starred for the Canadians at the last World Cup, won the man of the match award after his superb brace.

Kenya and Uganda also couldn’t be separated, drawing 33-33 while Zimbabwe picked up an impressive 28-16 win in Senegal to strengthen their chances of qualification.

For anyone wondering how qualification exactly works – there’s this graphic (doesn’t help much.) 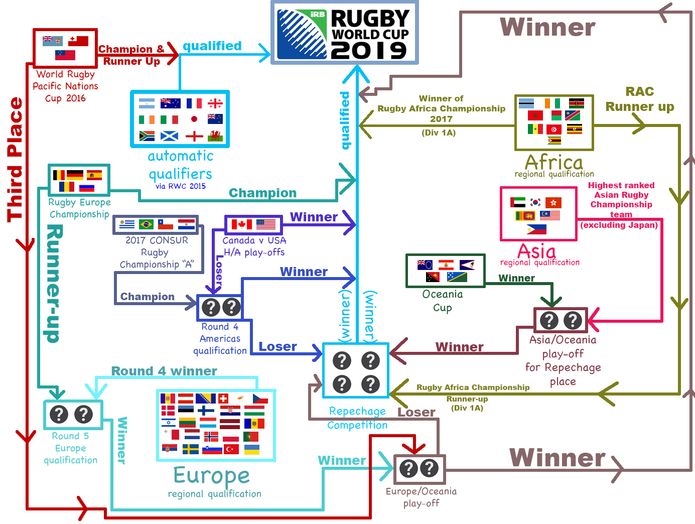 LIST | 5 rugby stars who transformed their bodies during lockdown