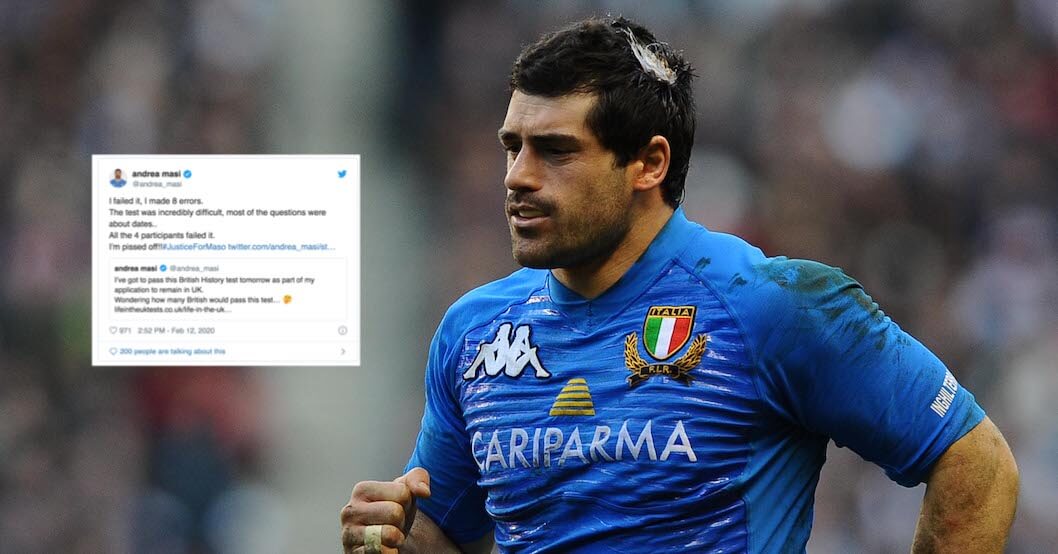 The rugby world rallying around former Italy star Andrea Masi after the 2011 Six Nations player of the tournament revealed he’s facing a battle to remain in the United Kingdom.

The 95-times capped back, who currently works as a youth coach at Wasps, revealed on social media this week he’s facing a British history test as part of his application to remain in the UK.

And he failed. You can try the test here.

This is the best I could do? Its bollocks pic.twitter.com/993rXgLzbk