Ireland have replaced Australia in third place in the World Rugby Rankings thanks to the Wallabies’ heavy defeat at the hands of Scotland at Murrayfield.

New Zealand’s 33-18 win over Wales in Cardiff sees them preserve their 3.12-point advantage over England at the top of the rankings heading into 2018.

The All Blacks are unchanged on 93.99 points, while England stay on 90.87 points as no points were on offer for their 48-14 victory against Samoa because of the points difference between the two. 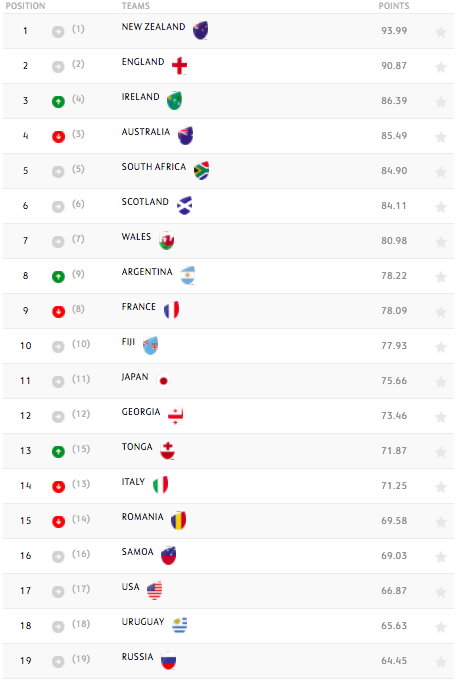 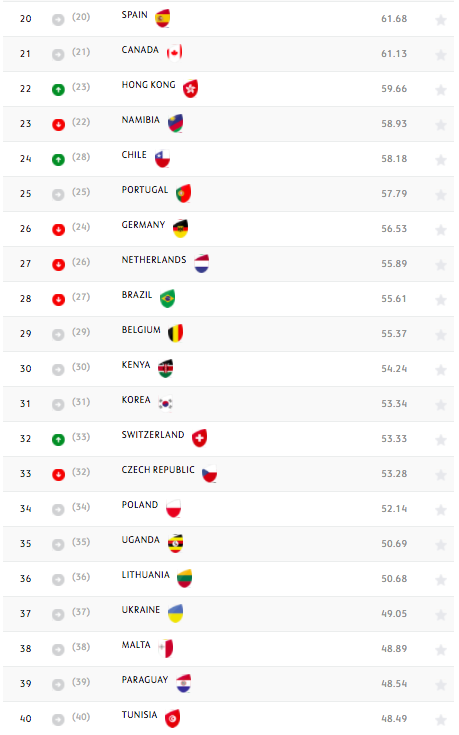