Johnny Leota scored a late try as Worcester were denied a bonus point at the death, falling to a 27-13 defeat against Sale Sharks at the AJ Bell Stadium.

Sale opened the scoring through Danny Cipriani early on before Worcester’s Ryan Mills hit a pair of monstrous penalties to make it 5-6 after Cipriani had missed an earlier conversion.

With 31 minutes played, Sale had their second score of the evening as Dave Seymour went in. Though Cipriani failed to convert, he landed a penalty goal on the stroke of half time to make it 13-5 to the home side.

And the Sharks enjoyed a fine start to the second half as Josh Beaumont rumbled across the line, Cipriani with his second kick to make it 20-6.

But Worcester battled back, Jonny Arr eventually diving in. Ryan Lamb added the extras from the touchline to reduce the deficit to seven points and the visitors sensed a chance, but the hosts held firm and Leota got over on the hooter to leave Worcester with a point-less trip back down the M6 late on.

With Worcester looking to build on their opening-day success against Northampton and Sale looking to bounce back from their drubbing at Saracens last week, it was Sharks fly-half Cipriani who opened the scoring seven minutes in, diving through a hole after a firm forward drive.

He missed the conversion and a succession of errors followed from both sides. Worcester squandered some good field position but they were given a let off as Sale gave away a penalty at the scrum and Ryan Mills took full advantage, hammering over a three-pointer from half way on 17 minutes.

After a steely period from the Warriors, Cipriani pointed to the posts following another penalty, but he went wide once more before Mills repeated his earlier feat, to the respectful appreciation of the home crowd, handing the visitors a 6-5 lead on 31 minutes.

But Sale responded well and got their second try of the night the a matter of seconds later, Seymour crashing over on the back of an unstoppable driving maul. But Cipriani once again was wide with his conversion before making amends with a penalty as the seconds ticked down in the first period – his first goal of the night.

It was all Sale in the opening exchanges of the second half as, led by the increasingly impressive Cipriani, they began to click through the gears.

First, he got on the end of a Tom Arscott break to set his side into dangerous territory before a five-metre scrum became an opportunity which Beaumont exploited, the ample Number 8 forcing his way in for a try from the base. Cipriani improved to make it 20-6 after 46 minutes.

Worcester produced a manful reply, Darren Barry, Phil Dowson, Mills and Niall Annett all going close as the Warriors desperately looked to reduce the arrears, but a palpable sigh of relief came from the home faithful as the visitors were penalised.

The Sharks cleared and, with their defence showing no sign of weakness, Worcester boss Dean Ryan looked to hiss bench for inspiration. On came the hulking 19-stone, six foot seven figure of Tevita Cavubati for his debut.

His introduction sparked a period of sustained pressure for his side, but Sale refused to be broken until Arr eventually made his mark, the scrum half flying over in the corner after a succession of scrums.

Lamb nailed a stunning conversion from the touchline to bring his side to within a converted try of levelling but, for all their hard work and endeavor, there was no reward as Sale’s stubborn defence firmed up once again.

And Leota stole a full compliment of points for the hosts as the final whistle blew, coasting in before Cipriani rounded off the scoring. 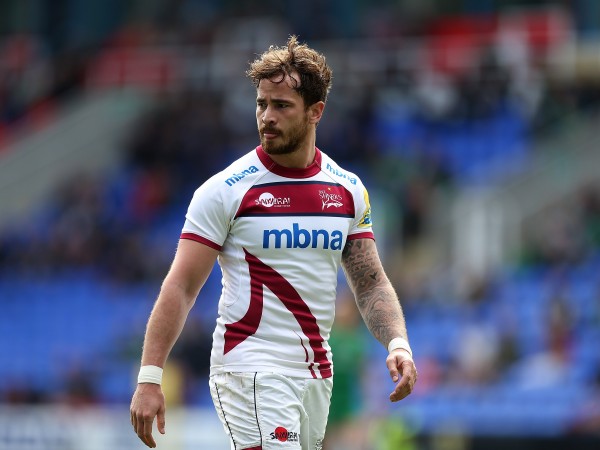 Much-maligned in week one, the 14-cap England man had a starring role in a stirring win for Sale tonight. Though his spot kicking was off colour, he dictated general play throughout and had a hand in all the Sharks did well, finishing an impressive night’s work with a try and three goals.